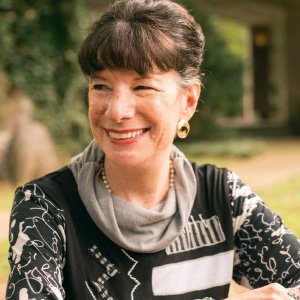 This year’s Perkins Lecturer is Amy-Jill Levine University Professor of New Testament and Jewish Studies, Mary Jane Werthan Professor of Jewish Studies, and Professor of New Testament Studies at Vanderbilt Divinity School and College of Arts and Science; she is also Affiliated Professor, Centre for the Study of Jewish-Christian Relations, Cambridge UK. Her books include The Misunderstood Jew: The Church and the Scandal of the Jewish Jesus; The Meaning of the Bible: What the Jewish Scriptures and the Christian Old Testament Can Teach Us (co-authored with Douglas Knight); The New Testament, Methods and Meanings (co-authored with Warren Carter), and the thirteen-volume edited Feminist Companions to the New Testament and Early Christian Writing. Her most recent volume is Short Stories by Jesus: The Enigmatic Parables of a Controversial Rabbi. She has also just written, with noted children’s book author Sandy Eisenberg Sasso, Who Counts? 100 Sheep, Ten Coins, and Two Sons (a volume on the parables of Luke 15, designed for children). Dr. Levine is also the co-editor, with Marc Z. Brettler, of the Jewish Annotated New Testament, now in a second edition. Holding the B.A. from Smith College, and the M.A. and Ph.D. from Duke University, she has honorary doctorates from the University of Richmond, the Episcopal Theological Seminary of the Southwest, the University of South Carolina-Upstate, Drury University, Christian Theological Seminary, and Franklin College. A self-described Yankee Jewish feminist, Professor Levine is a member of Congregation Sherith Israel, an Orthodox Synagogue in Nashville, although she is often quite unorthodox.