Andiron Lecture Series - War Victim to Gay Hero: Commemorating Lorca in the Absence of his Body 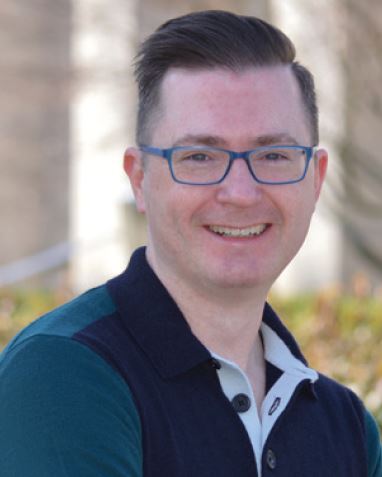 Edward Curran is an assistant professor of Spanish in the Department of Foreign Languages and Cultures at the University of Evansville. He holds a PhD in hispanic literature from Cornell University, an MA in Spanish (language, literature, and culture) from UNC Charlotte, as well as a BA in modern languages from Winthrop University. His teaching and research interests include: twentieth-century Spanish literature, photography, film, monuments, material culture, in addition to photography theory and visual studies. Curran’s Andiron lecture is derived from the first chapter of his dissertation, Mourning the Image: The Afterlife of Bodies in Contemporary Spain, which examines categories of human remains germane to the Peninsula’s mass grave exhumation phenomenon and their representation in photography, monuments, and the plastic arts.

At the onset of the Spanish Civil War in August 1936, the poet-dramaturge Federico García Lorca was executed and rumored to be buried somewhere between the towns of Víznar and Alfacar on the outskirts of Granada. Similar to Republican soldiers and civilian victims of Franco’s dictatorship, his body was never recovered and some eighty years after his assassination, the community has yet to reconcile his loss. In the context of Lorca’s ongoing immaterial presence and the public’s longing to locate his remains, this lecture will explore how his inability to be mourned has enlivened his spirit and perpetuated his cultural legacy in the spaces he inhabited.