Center for Innovation and Change Programs

Executive Director for Center for Innovation and Change 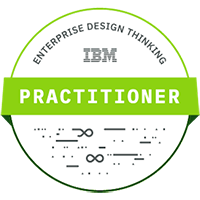 Associate Director for the Center for Innovation and Change

Brooksie began her service at the University of Evansville in July 2016. Brooksie joined the Center for Innovation and Change as the Program Coordinator in 2019. She was promoted to Associate Director in 2021. She is a proud UE Alum having received both her Master of Science in Leadership and Bachelor of Science in Organizational Leadership from the University of Evansville. Brooksie simultaneously serves the UE Change Council, UE CFIC Advisory Board, UE Friends of Art Board of Directors, UE Board of Trustee Spouses as Liaison, and UE Parents Council. Brooksie received the President's Distinguished Service Award for her exceptional leadership and guidance during the COVID-19 Global Pandemic on November 1, 2021, the 2019-2020 UE Employee of the Year Award, and the UE Employee Excellence Award for February 2020. Brooksie was elected by her colleagues as the 2021-2022 UE Staff and Administrators Assembly President. In 2010, Brooksie received the Lifetime Achievement Award, Indiana Congress of Parents and Teachers, Inc. This award is given in recognition of devoted and distinguished service to children and youth. Brooksie Smith has over 25 years of servant leadership in local family, school, and community partnerships.

Dr. Jones joined the Center for Innovation and Change as Faculty Director in June 2021. He is Associate Professor of Cognitive Science and has directed the Cognitive Science program at UE since 2013. He also currently directs the First Year Seminar program. Dr. Jones has held many of faculty leadership positions during his time at UE, including Vice Chair of the Faculty Senate and co-chair of the UE Mission and Core Values Workgroup. He received the College of Arts and Sciences Dean’s Teaching Award in 2019.

Dr. Jones graduated from the University of Evansville with a BA and a BFA in 2003. He served as an officer in the Army after graduating, and then went on to earn an MA from the University of Houston in 2007 and a Ph.D in Philosophy from Indiana University in 2013. His current research interests include the psychology of creativity, expertise, skill acquisition, technology, and embodied cognition, and he has published a book and several articles on related topics. His broader educational interests, which guide his work as Faculty Director, concern the modern university's potential as a catalyst for social good and the cognitive needs of the 21st century student.

Design Thinking Specialist for the Center for Innovation and Change

Johnna Denning-Smith serves as a Visiting Assistant Professor, Design Thinking Specialist, and Director of the MS in Leadership Program at UE. She has been at the University of Evansville since 2016. Johnna completed her doctorate in Educational Leadership, specializing in Organizational Leadership at Western Kentucky University. Her dissertation is titled, Design Thinking as a Common Language between Higher Education and Industry. She is certified in Design Thinking by IDEO and IBM. She also holds a BSW from the University of Southern Indiana, and a MPSA from University of Evansville. In her role with the Center, Johnna has sought to create innovative ways for students and community members to learn new skills that will be applicable for their future careers.

ChangeLab Student Executive for the Center for Innovation and Change

Robert Lopez (ethics and social change major), came to the University of Evansville by way of Bosse High School, where he competed twice in UE’s High School Changemaker Challenge (placing 3rd and 2nd). His idea – to create a city-block sized wetland education park in downtown Evansville that will filter water and increase economic development – has been the topic of his ChangeLab projects since his first semester as a Freshman at UE. He is the very embodiment of what a UE Changemaker is, and will likely see his idea created before he graduates.

Center for Innovation and Change Intern

Ryan Pietruszkiewicz serves as an intern for the Center for Innovation and Change. He completed his freshman year at Reitz Memorial High School in May 2021. Ryan loves math, Spanish, science and engineering. He also loves playing baseball for Memorial and his travel team. Ryan is looking forward to helping with innovative projects that have a positive impact on the Evansville community.