The annual Chutney Literary Conference gives undergraduates the opportunity to present creative and critical papers to an audience of their peers and the campus and local literary community. Students also have the opportunity to win awards and prizes for their efforts.

The ninth annual Chutney Literary Conference was conducted entirely on Zoom. It began on April 16, 2021, with the Melvin M. Peterson Literary Forum. Professor Emeritus of English at University of Cincinnati Blue Ash College Michael Kim Roos gave a lecture titled “Written in My Soul: The Anatomy of Bob Dylan’s ‘Tangled Up in Blue.’”

Written in My Soul: The Anatomy of Bob Dylan's "Tangled Up in Blue" 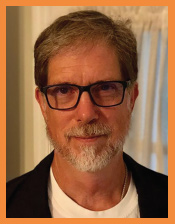 Professor emeritus of English at University of Cincinnati Blue Ask College and a 1974 English graduate from UE.

Michael Roos is the co-author of Reading Hemingway's A Farewell to Arms, a 2019 addition to Kent State University Press's Reading Hemingway series, and the author of One Small Town, One Small Coach, published in 2013 by Indiana University Press, a creative non-fiction chronicle of the improbable success of an Indiana high school basketball team in 1963. Over the course of his long career at UE Blue Ash, he served as English Department Chair from 1982 to 1989 and as founder and coordinator of the UCBA British Study Abroad Program, based at UE's Harlaxton College, from 1997 to his retirement in 2015. Along the way he has published scholarly articles on Hemingway, Bob Dylan, and John Lennon, and is currently working on a critical exploration of central influences on Dylan's songs. In addition, he is a singer-songwriter, having written over 300 songs and self-produced four albums: Kangaroo, Flood Wall, Begin 2, and Ship of Fools, all available at major streaming services.

At the end of the conference, the English department presented its 2021 awards: 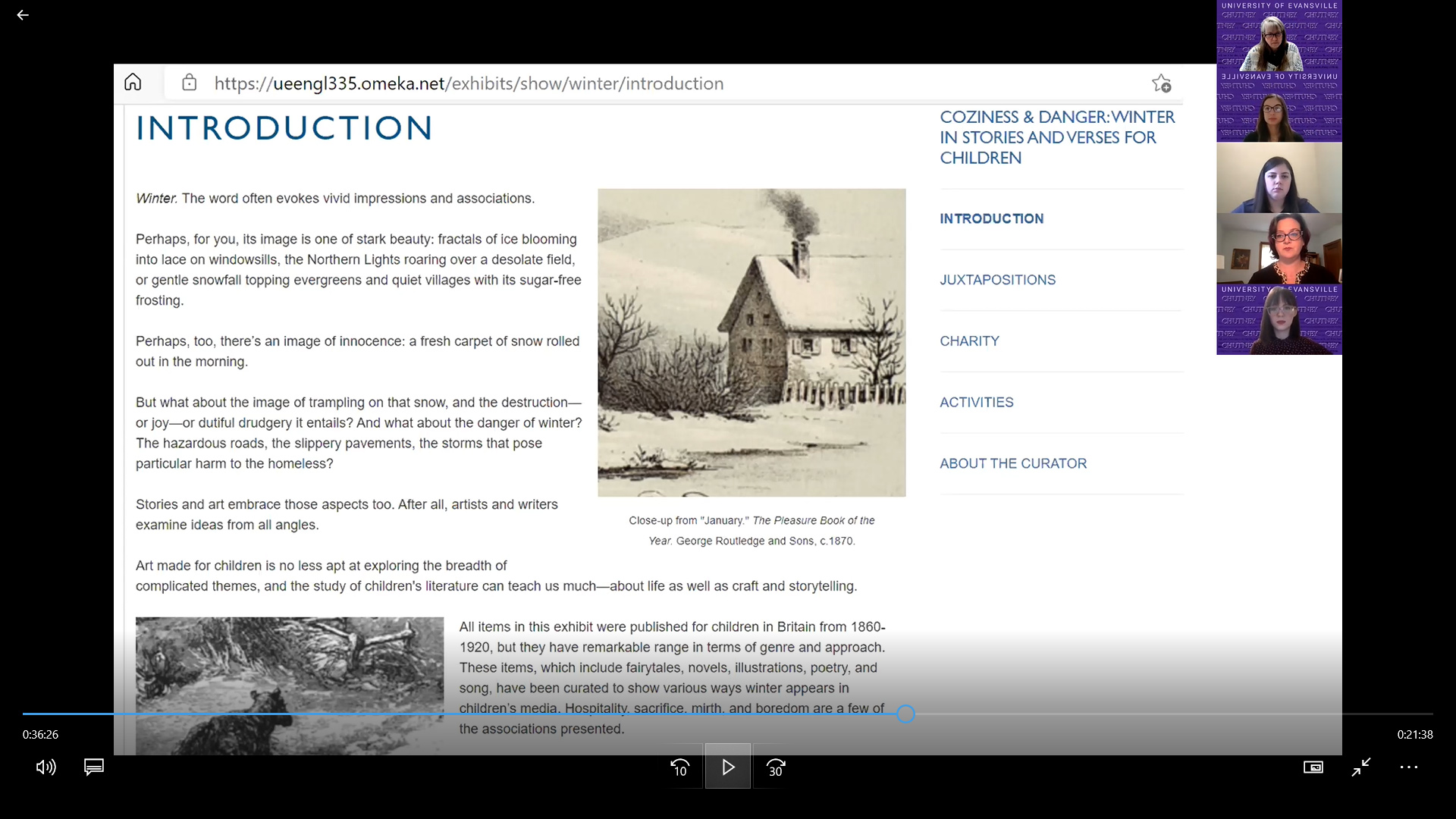 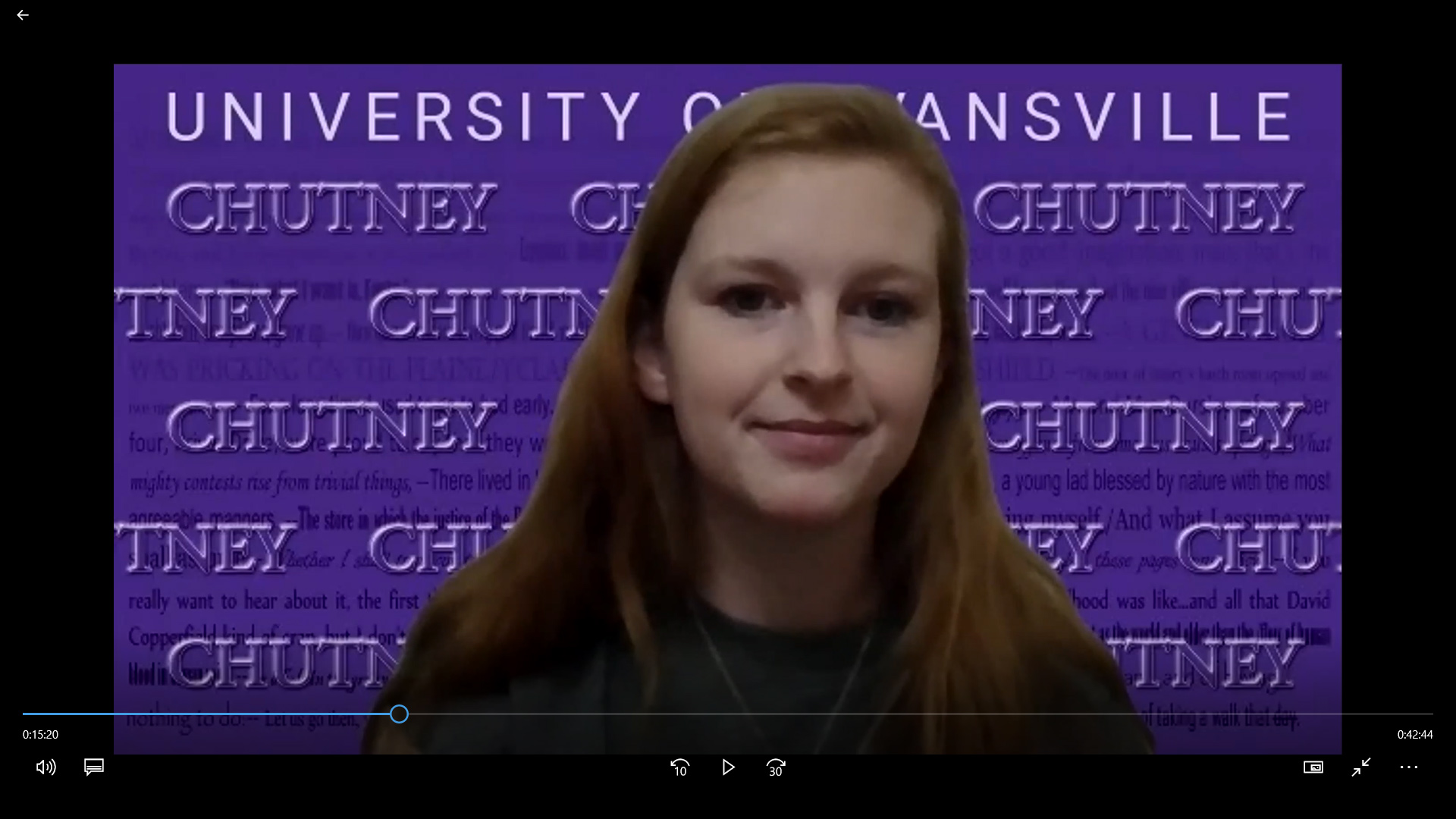 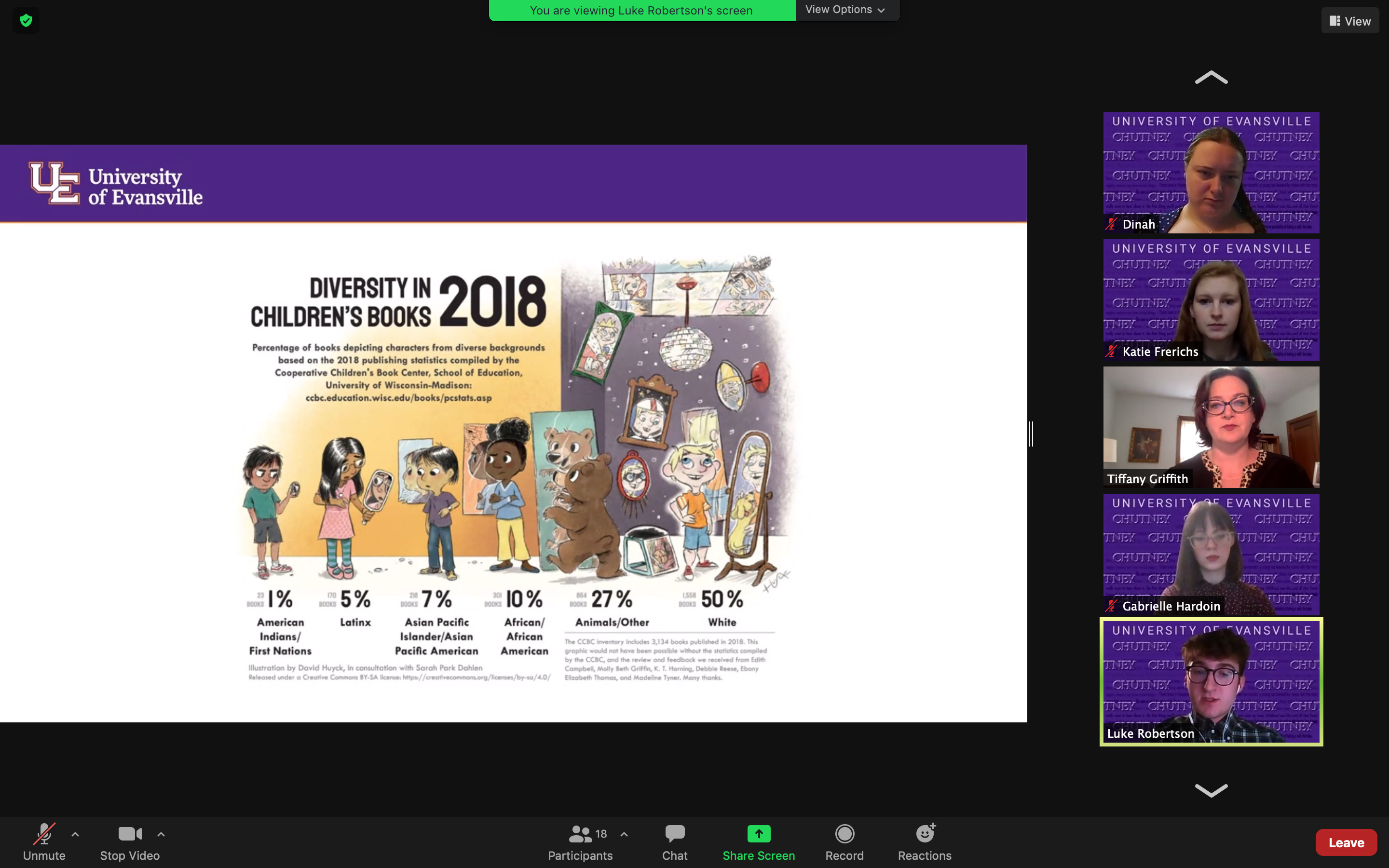 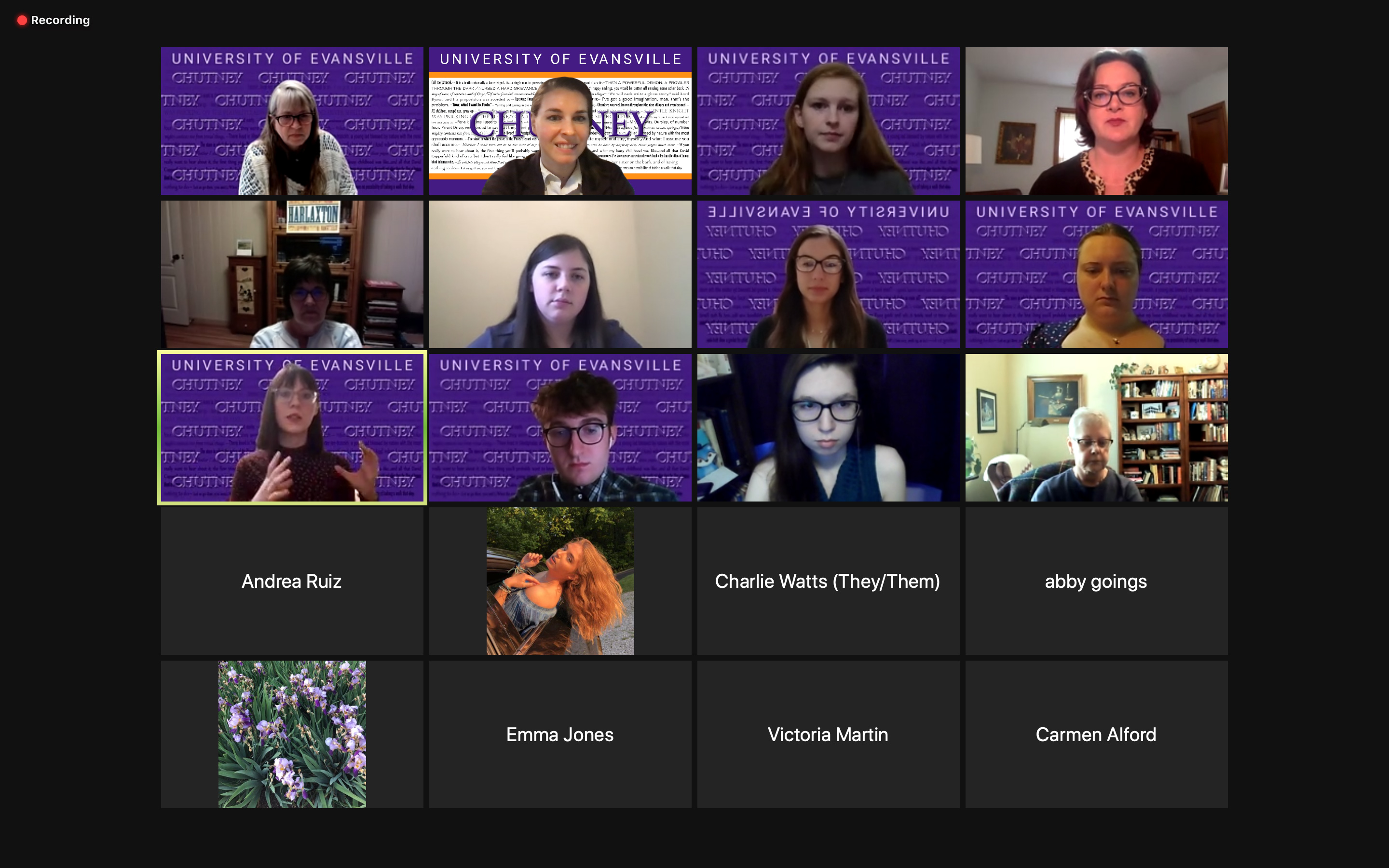 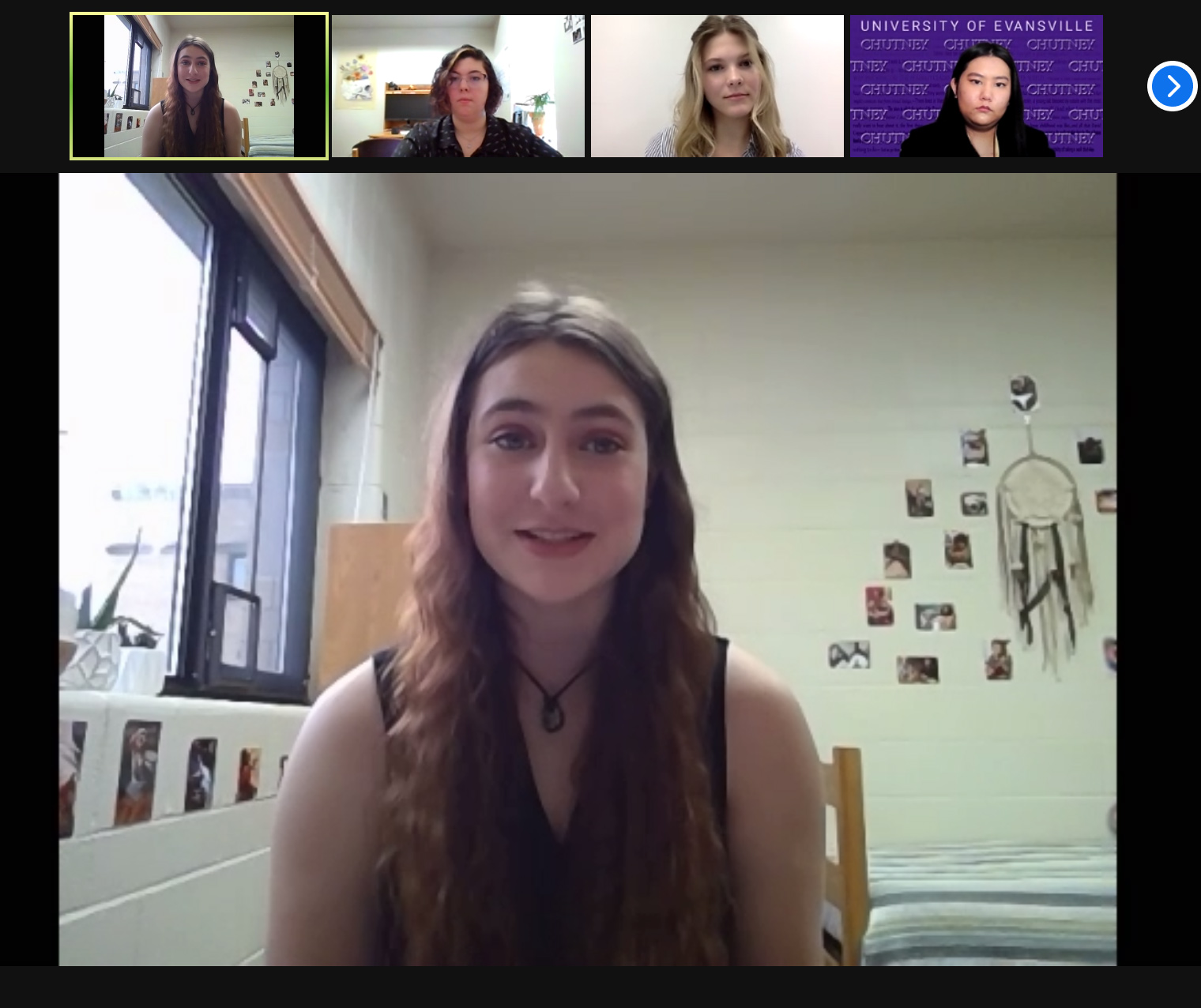 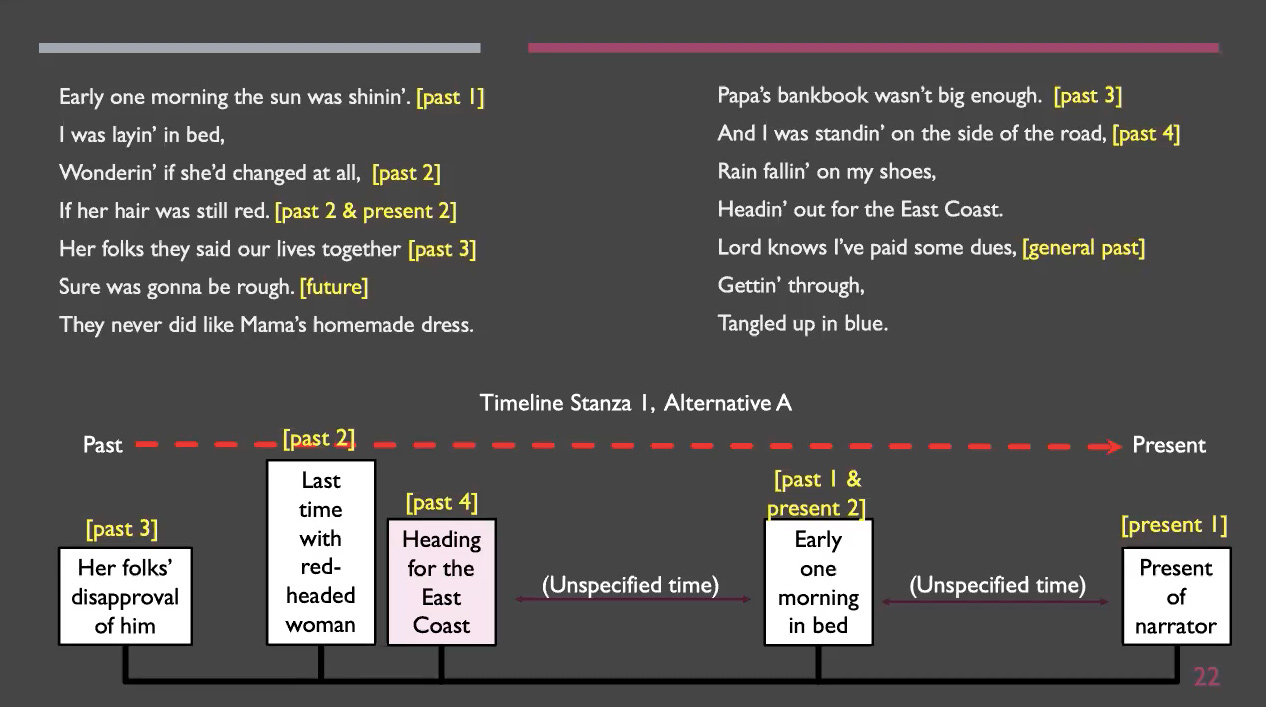 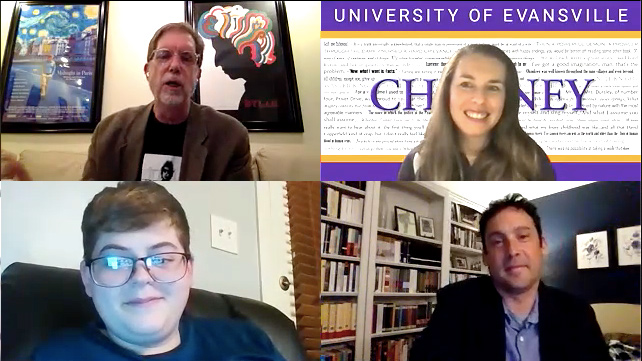 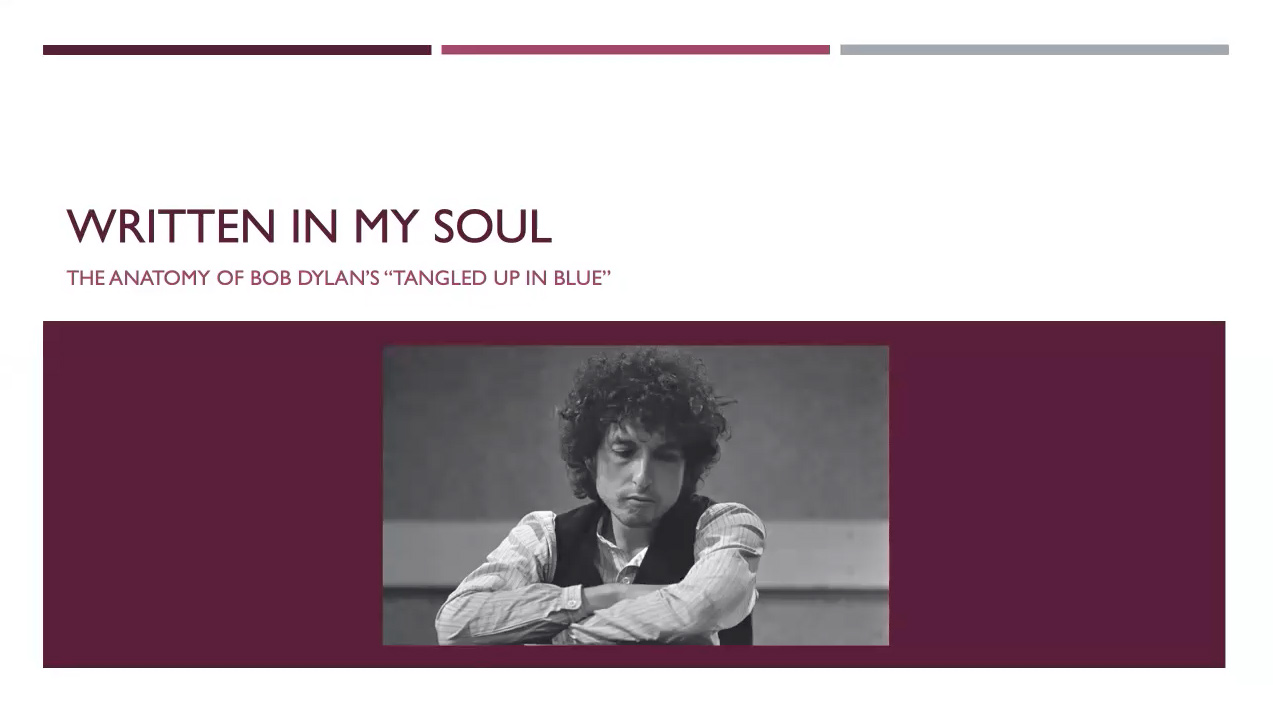 Past Speakers at Chutney