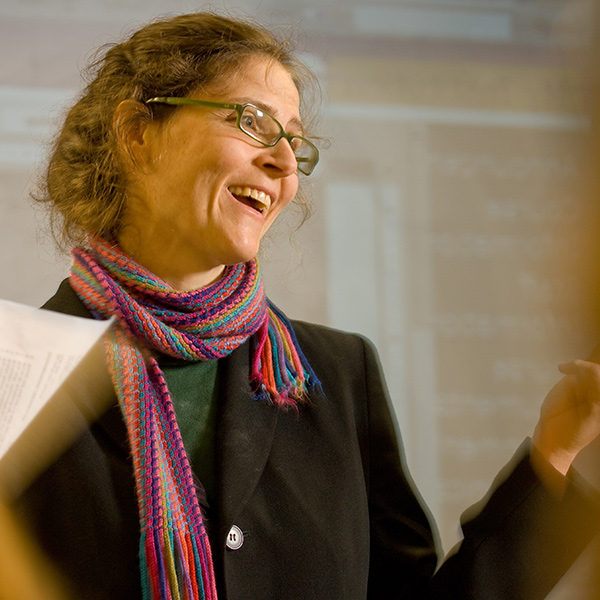 Lesley C. Pleasant received her BA in German Studies from Dartmouth College and an MA and PhD in German Literature from the University of Virginia. She teaches all levels of German language, literature, and culture, as well as International Film, First Year Seminar, and the senior capstone course for language majors. Her research interests include 19th - 21st century German theater/drama (Büchner, Heiner Müller, Franz Castorf), the divided Germany (Sarah Kirsch, Christa Wolf, Wende texts and films), film (especially diasporic cinema), the image of the US in German literature and film, as well as Animal Studies and Environmental Humanities. 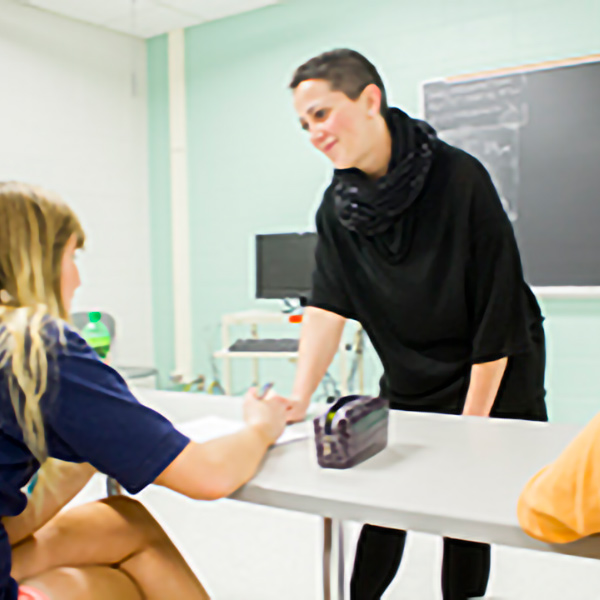 P. Lorena Andueza has a PhD and a MA degree in Hispanic Linguistics from The Ohio State University. She also earned a bachelor's degree in Hispanic philology in University of Deusto (Spain) and a master's degree from the University of Antonio Nebrija (Spain) in teaching Spanish as a second language. Her research centers on Hispanic Pragmatics, Semantics, and Syntax. She teaches Spanish and Hispanic Linguistics courses in the foreign languages department, and courses in Language Acquisition and Methodology in the department of education. She is also program director of International Studies. 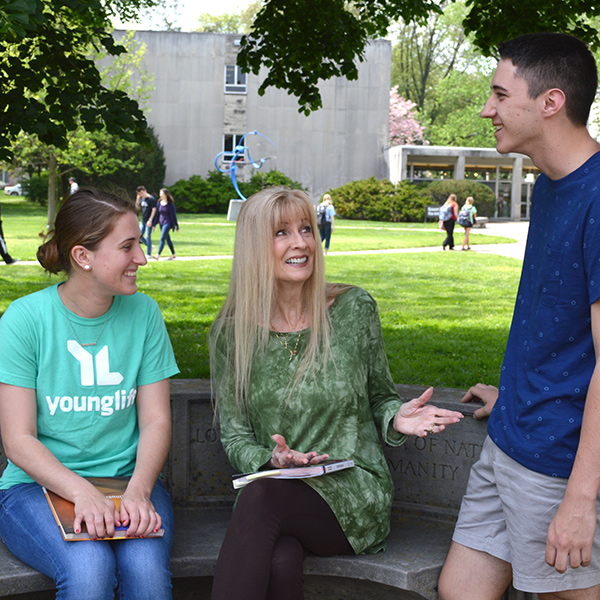 Cindy Crowe, a native of Evansville, received her bachelor’s and master’s degrees from UE. She additionally holds a doctorate degree as well as a professional, life license in Spanish. Previously she taught English at a state business college in Mexico and worked as a language trainer for global businesses. Her research and teaching interests include the individual and societal advantages of foreign language learning, factors that influence students’ choice of major, Mexican immigration and Chicano influence in the US, community engagement pedagogies, and servant leadership. She serves on the board of directors for two nonprofits and is the local coordinator for the national Wreaths Across America project to honor veterans. 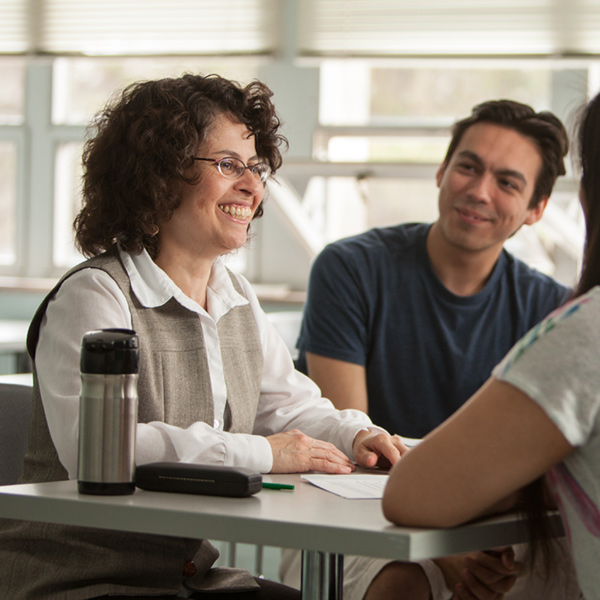 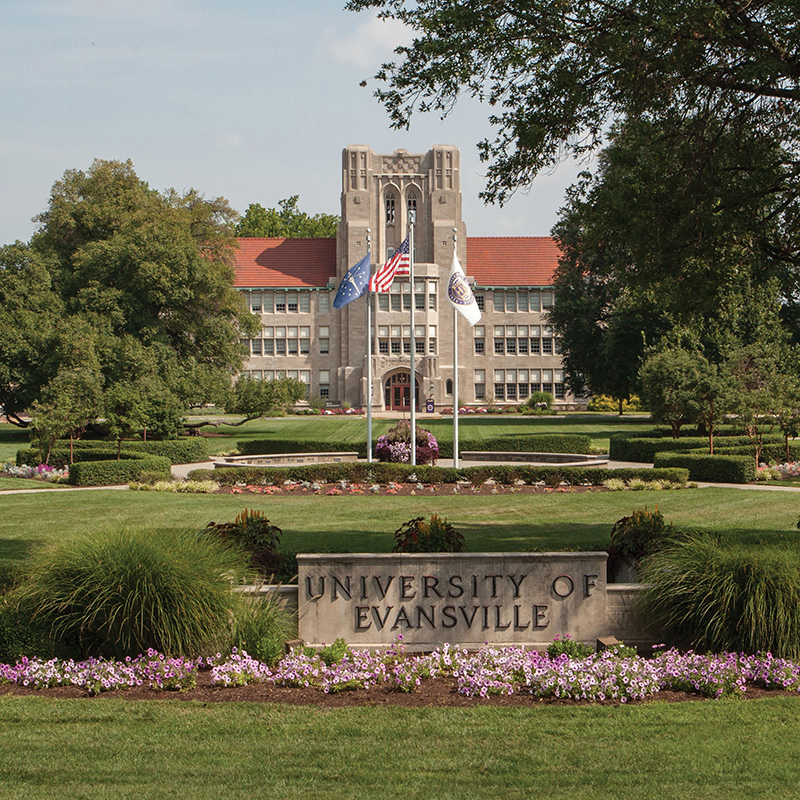 Nicolas Costeur is a native Frenchman, born and raised in Lille, France near the border of Belgium and France. He earned his high school diploma ("Baccalaureate") in literature, philosophy and languages. He studied Latin, Spanish, Italian and English. He earned his Bachelor’s Degree (“Licence”) and a Master’s Degree at the University of Lille. He has been teaching French at Castle High School for six years. His wife is also a French instructor and ESL teacher and they have two bicultural children. One of his passions is traveling and he spends much time in Corsica.

Katrina Seibert-Costeur graduated from Butler University with Bachelor's Degrees in International Studies and French. She received her Master's in Education at Indiana University with studies in Special Education and French. She taught for 5 years in France, the first two in Limoges, France and then three years at the University of Lille II in Ronchin, France. She is married to a Frenchman and has a bilingual, bicultural family. She has also traveled in different parts of the Francophone world, including Quebec and Cameroon in Africa. She is currently a full-time ESL teacher in the Evansville-Vanderburgh School Corporation in addition to teaching French at the University of Evansville. William "Bill" Heenan's French-speaking Irish ancestors stopped off for a couple generations in Quebec before settling in the Midwest. After graduating from the University of Michigan with a Bachelor's Degree in Social Sciences, William served as a Peace Corps volunteer in Chad, a crossroads of Francophone and Arab cultures. Recruited for his fluency in French and prior teaching experiences in the UK, William also learned Arabic there.Later, he received his Master's in Teaching French at the School for International Training in Vermont. He has traveled extensively in Francophone Africa, Quebec, France, the Middle East, and Southeast Asia. William started his career as an ESOL instructor before teaching French. Currently, he teaches French and Arabic part time at Santa Fe Community College, Central New Mexico Community College, Wayland Baptist University, and the University of New Mexico. 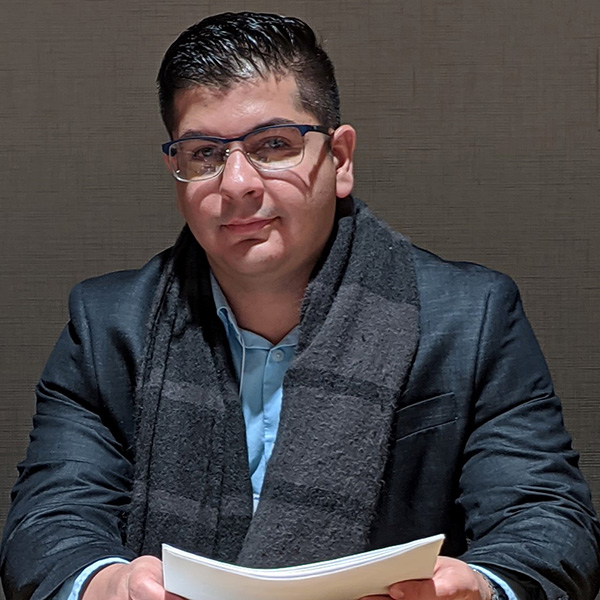 Ramón Muñiz earned his Ph.D. in Spanish at Florida International University (FIU) where he worked as an instructor of Spanish for four years at lower and upper division classes. Dr. Muniz started his academic career in the Universidad de Oriente, Santiago de Cuba, teaching Peninsular Literature (from Middle-Ages to 21st century) for two years after his graduation with a Hispanic Philology major. He received the Doctoral Year Fellowship (DYF) from FIU to complete and defend his dissertation: Primitivism and Women Poetry in the Southern Cone: Gabriela Mistral, Juana de Ibarbourou and Alfonsina Storni. His most recent publication is the chapter “Gabriela Mistral y Concha Méndez: experiencias de la maternidad” (Poéticas comparadas de mujeres, Brill, March 2022), co-authored with Dr. Renée Silverman. His research interests include Southern Cone literature, Latin American women writers, Latino women writers in the United States, Primitivism, and the critique to modernity in Latin American literature and art, and Spanish film. 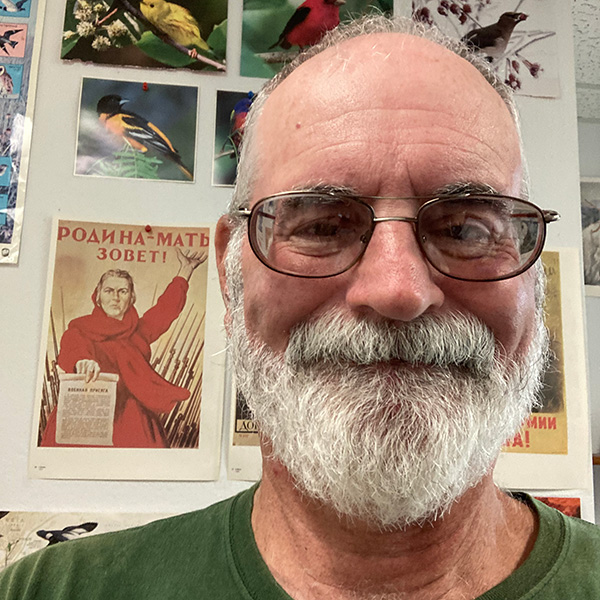 Dr. Meredig recently retired after 25 years of teaching Russian and German at UE, but he just couldn't stay away. 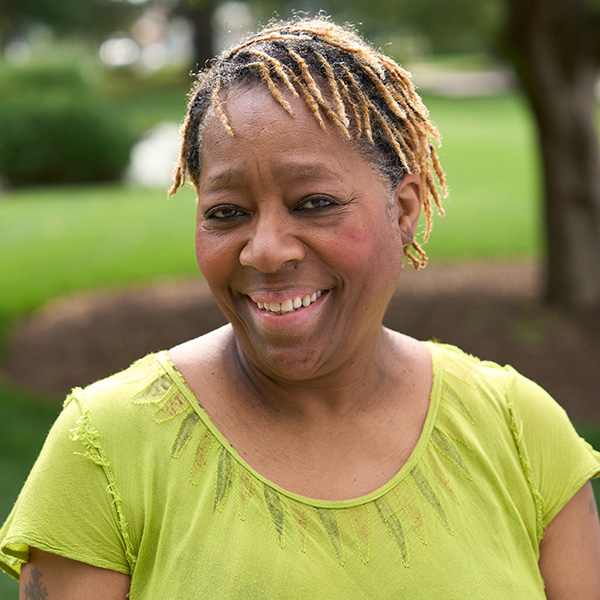