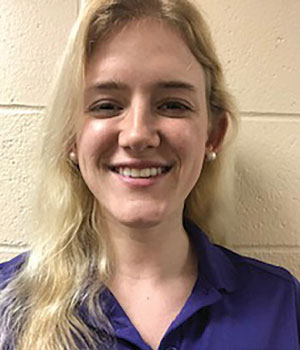 I first became interested in the University of Evansville when I discovered their physical therapy program and the academic opportunities offered. I toured several universities over the course of several months, during which I met many students, advisors, and coaches. Over the months, though I withdrew my application from other schools, UE stayed near the top. But once I came to a visit day and met potential classmates, professors, and my team, I decided UE was where I was meant to be. I officially decided less than a month later and have never regretted my decision. UE constantly proves to me that the small community that I’ve made my home is the best place I could have chosen. The relationships that I’ve formed have helped me overcome personal and academic obstacles as well as challenge me to become the best version of myself. I have fallen in love with UE and hope that everyone is able to find a university that they can call home.