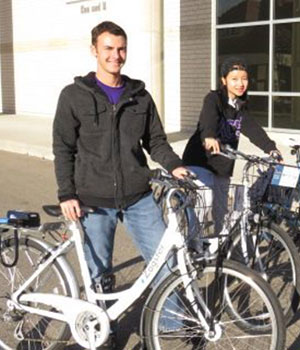 Mason’s Changemaking career started at Central High School, when he was part of that school’s team at the Changemaker Challenge. At that competition, his team noticed another school (Memorial) also wanted to bring a bike sharing service to the city. Mason and his teammates worked with Memorial High School, UE officials, and city officials to bring a city-wide bike share program to Evansville in record time.

Zagster, the vendor who creates these programs across the nation, said it was one of the most impressive pieces of community collaboration they had ever seen, and featured the project in its national magazine. Mason has also been on the Alternative Energy ChangeLab team, served on the Ashoka site visit committee, and is one of only four ChangeLab student executives this year.