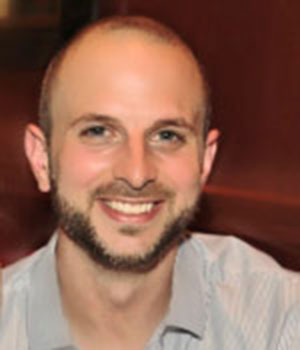 The Fast-track to Professional Success
After graduating from University of Evansville with a Doctor of Physical Therapy degree, Thomas Knox transitioned to the UE/ProRehab Sports Physical Therapy residency. He completed the residency program and achieved the Sports Clinical Specialist designation. "The connections I had made while at UE and completing the sports residency helped connect me with my first job in the sports world at EXOS/Athletes' Performance," said Thomas.

He worked at EXOS as a performance specialist and physical therapist for a few years before accepting a position with the Washington Wizards as their director of performance and rehabilitation. "I spent three years there then transitioned to work for the St. Louis Cardinals when the opportunity presented itself."

Thomas said that completing his PT degree at UE was the most significant aspect that helped him get connected in the sports world. "Being able to learn from and receive guidance from Dr. Kiesel and Dr. Plisky enabled me to have the skills, knowledge, and confidence to succeed," he said. "It was their networking and mentoring that allowed my career to not only be fast tracked to the professional sports world but to also succeed in the high-pressure environment."

Thomas's advice for current DPT students is to always keep their eyes open for opportunities. "Never say no…but don't always say yes. You should give any and every opportunity that is presented to you more time and effort than you think it deserves. Often it's the opportunities that are the most inopportune, seemingly impossible, and financially unrewarding that reap the greatest rewards."