At the end of the 2017–18 academic year, University of Evansville’s longest-serving faculty member, Professor John David Lutz will retire after 53 years of teaching in the Department of Theatre, as well as Associate Professor Christia Ward, who has taught acting and voice and speech for 18 years.

In addition to serving as Department Chair from 1984 to 2015, Lutz teaches courses in acting and directing and has directed over 75 productions at UE. During UE’s 38 years of participating in the Kennedy Center/American College Theatre Festival, 32 productions were invited to perform at regional festivals—with an 18-year uninterrupted streak of regional appearances. Lutz directed 24 of those 32 productions and six of those advanced to the national festival. In 2007, by special invitation, the UE production of The Comedy of Errors was one of the Kennedy Center’s contributions to the “Shakespeare in Washington” celebration. Lutz has also directed at regional theatres, as well as the Off-Broadway premiere of Between Daylight and Boonville, by Matt Williams, a UE alumnus.

Lutz has earned accolades for his artistic and educational talents. A few of his awards include: 1982 University of Evansville Medal of Honor, 1984 KCACTF Gold Medallion, 1987 Berger Award for Outstanding Creative Artist, 1994 Evansville Mayor’s Arts Award for Arts Educator of the Year, 1995 Indiana Governor’s Arts Award for Arts Educator of the Year, 2005 Arts Council of Southwestern Indiana’s Mayor’s Arts Award, 2007 induction into the College of Fellows of the American Theatre, 2012 KCACTF Outstanding Career Achievement in Directing, 2014 University of Evansville Distinguished Alumnus of the Year, and a 2016 Honorary Doctor of Letters degree from the University of Evansville.
In April of 2018, Lutz will direct the final play of Shanklin Theatre’s 50th anniversary season, The Grapes of Wrath, adapted by Frank Galati from John Steinbeck’s classic novel.

Ward graduated from the University of Evansville in 1983 and received her MFA in Acting from the Meadows School of the Arts at Southern Methodist University. She is a member of Actors’ Equity Association and VASTA (Voice and Speech Trainers’ Association). Ward has performed professionally at the Dallas Theatre Center and Stage #1 in Dallas, and at Victory Gardens and Mary-Archie Theater in Chicago. She was an actor at the New Harmony Project for five years and originated roles in Mauritius by Theresa Rebeck, Mad City by Meredith Stiehm, and See Rock City and Gulf View Drive by Arlene Hutton.

Ward serves each UE Theatre production as Voice, Dialect and Text coach. She has done workshops with Cicely Berry, Catherine Fitzmaurice and David Smukler. She has trained extensively in Knight-Thompson speech work, which is rapidly becoming the standard in professional acting programs. At UE, she teaches voice and speech, dialects, acting Shakespeare, audition techniques, character study, and fundamentals of acting. Ward has been honored with acknowledgements of meritorious work by KCACTF for her dialect work on Jekyll and Hyde and her text work on The Comedy of Errors and The Winter’s Tale.

After directing several classroom projects at UE, Ward will make her directorial debut in Shanklin Theatre with the upcoming production of William Shakespeare’s The Tempest, Nov. 10 through 19.

Department Chair Eric Renschler said, “It has been my distinct pleasure to work with both John David and Christia over the past 12 years, continuing a relationship begun more than thirty years ago, as Christia was a UE classmate and John David was an early mentor of mine. The University of Evansville Theatre is grateful for the service and dedication of both of these highly talented artists and educators, and we wish them much happiness and success in future endeavors.” 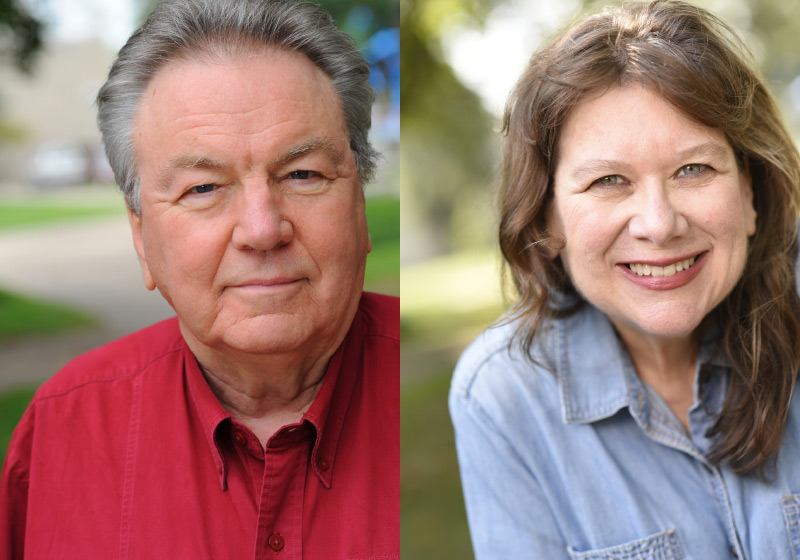