Cathy Fraley, instructor of French at the University of Evansville, was named the collegiate-level Teacher of the Year for 2012 by the Indiana chapter of the American Association of Teachers of French.

The award was presented Saturday, November 3, during the Indiana Foreign Language Teachers Association conference in Indianapolis.

Fraley earned a Bachelor of Arts in French and English from the College of Saint Benedict and a Master of Arts in French literature from Indiana University. She also received a Diplôme d’études de civilisation française from the Sorbonne and a Diplôme de français des affaires from the Chambre de Commerce et d’Industrie de Paris. Her academic interests include courses in language, business French, and French culture.

(Pictured: Jessica Sturm, president of the Indiana chapter of the AATF, hands Fraley her plaque and a certificate.) 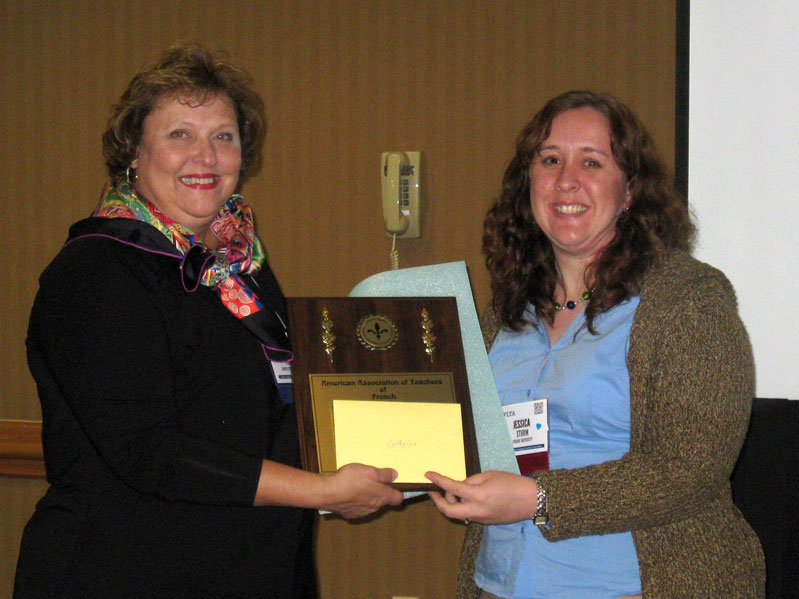