Making Sense of the Current Crisis in Reproductive Rights

The University of Evansville invites the community to its annual Constitution Day Lecture on Thursday, September 12 at 4:00 p.m. Dawn Johnsen, professor at Indiana University Maurer School of Law, will speak on the topic, "Making Sense of the Current Crisis in Reproductive Rights" in Smythe Lecture Hall (Room 170) in the Schroeder School of Business Building. Admission to the lecture is free and open to the public.

"We are thrilled to have a speaker of Dawn Johnsen's caliber coming to campus to share her deep insights about the Constitution," said Robert Dion, political science professor and chairperson of the Constitution Day Committee. "Her message could not be more timely."

Johnsen has taught at IU Bloomington for over 20 years. Prior to teaching at IU Bloomington, Johnsen served as the acting assistant attorney general for the Office of Legal Counsel in the Department of Justice under President Bill Clinton, and she played a role in the transition teams for both President Clinton and President Barack Obama. From 1988-1993, she was the legal director of the National Abortion and Reproductive Rights Action League (now NARAL Pro-Choice America), and prior to that, she was staff counsel fellow at the American Civil Liberties Union Reproductive Freedom Project.

Johnsen serves as director and secretary of the board of directors of the Guttmacher Institute, a leading sexual and reproductive health research and policy organization. She also serves on the academic advisory board of the American Constitution Society for Law and Policy.

For more information, contact the Department of Law, Politics, and Society at 812-488-2687 or by email at cm177@evansville.edu. 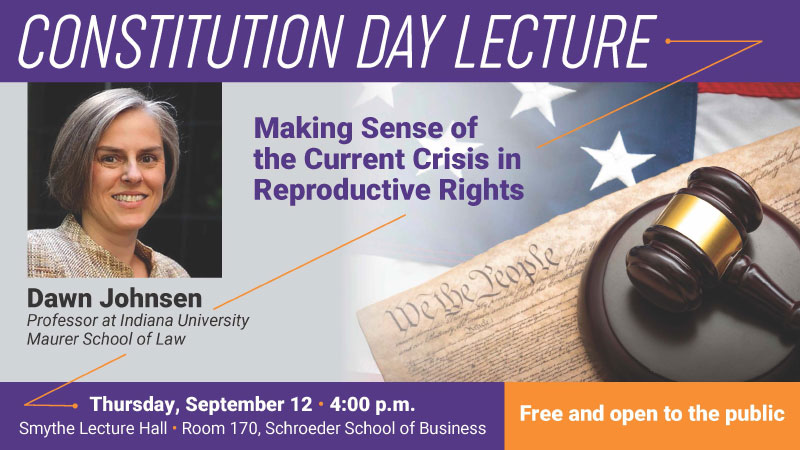