The University of Evansville was recently named to several top university rankings, including those by Forbes, Wall Street Journal, Kiplinger, and Money. These commendations are in addition to those from U.S. News & World Report earlier this month.

UE moved up 18 spots in the The Wall Street Journal’s annual U.S. College Rankings for student engagement and now sits at #16 in the nation among more than 4,000 four-year colleges and universities in the United States. Insights for this ranking are gathered through the Times Higher Education US Student Survey and include questions about interactions with faculty and other students, whether a student felt involved and welcome, and whether the student would recommend the school.

“We often refer to our campus community as the UE family,” said UE president Christopher M. Pietruszkiewicz. “Students feel at home with us, with a built-in network of support preparing them for future success.”

UE has also been named one of the Best Colleges for Your Money for 2019 by Money magazine. Money uses research and advice from the nation’s top experts on education quality, financing, and value to create a practical analysis of the nation’s best-performing colleges. Schools were ranked in quality of education, affordability, and outcomes, including graduate earnings.

Kiplinger also recognized UE for its outstanding value. This year, the University moved up 19 spots over the 2018 rankings for the Best Private College Values for 2019.

Forbes magazine again named UE to its Top College list. The Forbes Top Colleges ranking focuses on direct benefits a college provides students. Student experience is a top consideration for this ranking and is based on freshman-to-sophomore retention rate and data.

UE was also highly rated by Niche, which uses survey information from current students and recent alumni to rate schools and give them a letter grade. UE received an A grade in both diversity and value, and was given a grade of A minus in the areas of academics, professors, and student life.

College Factual listed UE in 11 awards categories, including Best for Your Money, ranking in the top 15 percent of that category. College Factual compares the quality of education at a given college, compared to all others on the list. Factors include student body caliber, educational resources, degree completion, and post-graduation earnings.

“The outstanding dedication of our faculty is no secret to our students,” said UE president Christopher M. Pietruszkiewicz. “UE professors are exceptionally devoted to student success, so it is particularly exciting to be recognized nationally for this commitment.” 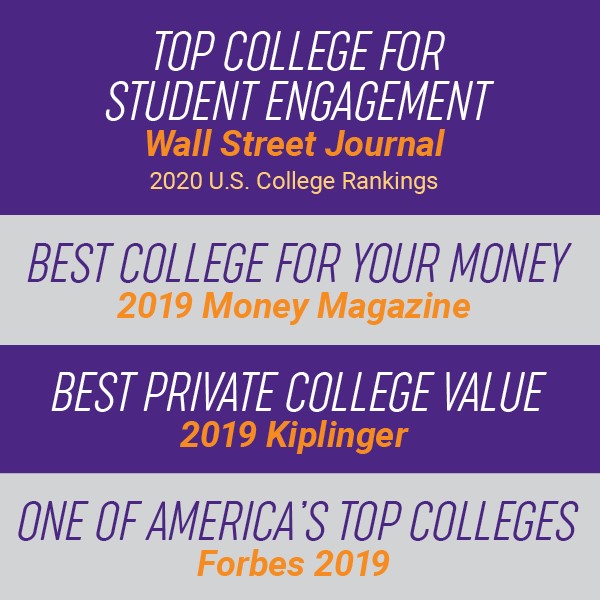