A University of Evansville student-produced documentary, The Guatemala Project: A Habitat for Humanity Mission, was selected for Manchester Lift-Off Film Festival, an international online film festival, which is open for an audience choice vote. Voting ends Sunday, April 5.

The documentary was made in 2018 by Brea Mullen and Amanda Ackerman, junior communication majors at the University of Evansville. The film was awarded a Student Emmy.

The top 10 films resulting from the initial round of voting will be promoted to a final round, during which network members and Lift-Off's Official Judges will score the films based on multiple aspects. The film with the highest overall score wins and will be selected to form part of one of the live screenings at an upcoming Lift-Off Film Festival.

Each year, students travel the globe with UE’s Habitat for Humanity chapter. In May 2018, Mullen and Ackerman traveled to Guatemala to document the experience and came out with a moving testimonial of life changing aid that UE Changemakers are providing all over the world. 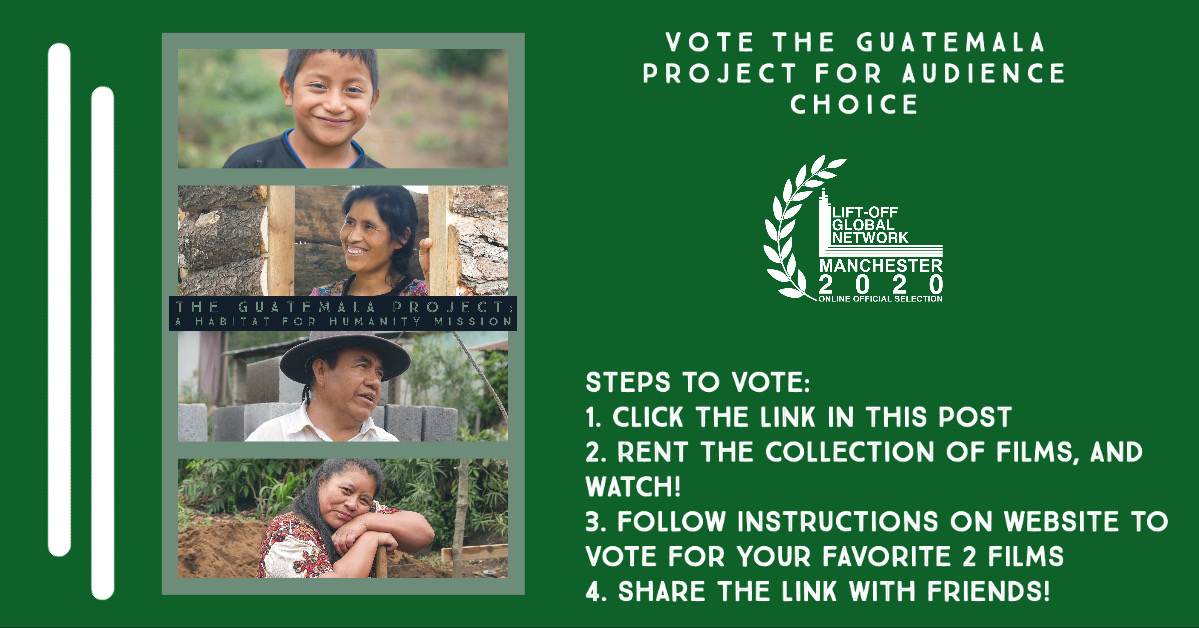