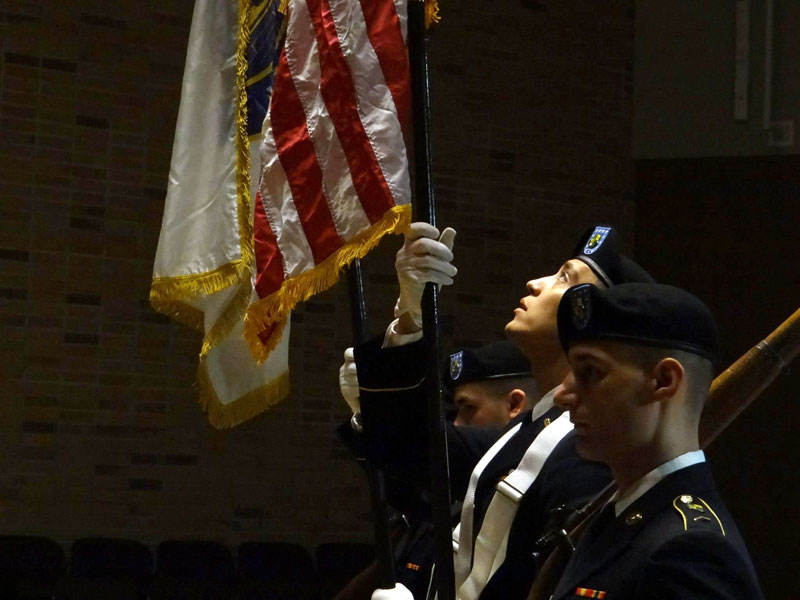 For the first time, and on Veterans Day, the University of Evansville has been named to Military Times’ “Best for Vets: Colleges” 2014 list.

These annual rankings include the nation’s 120 colleges and universities that are making the greatest impact in recruiting and supporting military veterans and active service members. UE is one of only 17 private colleges on the list of 86 four-year institutions.

“We’re incredibly honored to be recognized as one of the nation’s best colleges and universities for military students,” said UE President Tom Kazee. “Offering a meaningful, personalized education is one way to thank these brave men and women for their service to our country. We’re thrilled to receive national recognition for these efforts this Veterans Day.”
To be considered for the Best for Vets: Colleges rankings, colleges and universities were required to submit a 150-question survey on their offerings for veterans. The rankings factored in service member enrollment, percentage of tuition covered by the GI Bill, and availability of specific programs to help service members. The evaluation process also took into account statistics related to student success and academic quality, including retention rates, graduation rates, and student-faculty ratio.

“Best for Vets: Colleges is an editorially independent news project that evaluates the many factors that make an institution a good fit for military veterans,” said Amanda Miller, editor of Military Times EDGE.

The 2014 rankings are published in the November issue of Military Times EDGE magazine, online at MilitaryTimes.com, and on ArmyTimes.com, NavyTimes.com, AirForceTimes.com and MarineCorpsTimes.com.

The University of Evansville currently enrolls 36 military veterans and active-duty service members, plus 23 dependents receiving VA education benefits. UE participates in the Yellow Ribbon Program, which provides free tuition to military veterans and active service members with more than 36 months of active duty since September 11, 2001. Anyone who qualifies for the educational award can also choose to transfer it to a spouse or dependent. UE also maintains a dedicated Office of Veterans Affairs, which is responsible for veteran outreach and advising for UE VETS, a student organization that works to increase awareness of veterans and military issues on campus and in the community.