The University of Evansville’s Department of History is pleased to welcome Craig L. Symonds, PhD, for the annual Thomas C. Fiddick Memorial Lecture.

Symonds, professor emeritus of history at the United States Naval Academy, will present “Lincoln and the Navy in the Civil War” at 7 p.m. Friday, October 26 in Eykamp Hall, Room 251A. His lecture is free and open to the public.

“We are very excited to have Craig Symonds coming, as he is undoubtedly the world’s leading expert on Abraham Lincoln and the Navy in the Civil War,” said James MacLeod, UE professor of history and director of the Thomas C. Fiddick Memorial Lecture. “As 150th anniversary commemorations continue, this is a wonderful opportunity for people in the Tri-State to hear one of the Naval Academy’s most distinguished professors speaking on a topic that he knows so much about. People are always fascinated by Lincoln, but Lincoln’s role as commander-in-chief, especially as commander of the Navy, is one that most people don’t know much about. They will be captivated by Professor Symonds’ lecture.”

Symonds is the first person to win both the Naval Academy’s Excellence in Teaching award (1988) and its Excellence in Research award (1998). He also served as history department chair from 1988 to 1992, and received the Department of the Navy’s Superior Civilian Service medal three times. After retiring in 2005, he returned to the Academy in 2011-12 to serve a year as the Class of 1957 Distinguished Chair of American Naval History.

Symonds is the author or editor of 25 books, including prize-winning biographies of Joseph E. Johnston (1992), Patrick Cleburne (1997), and Franklin Buchanan (1999), as well as The American Heritage History of the Battle of Gettysburg (2001). Decision at Sea: Five Naval Battles that Shaped American History (2006) won the Theodore and Franklin D. Roosevelt Prize for Naval History the year it was published. His 2008 book, Lincoln and His Admirals: Abraham Lincoln, the U.S. Navy, and the Civil War, won the Barondess Prize, the Laney Prize, the Lyman Prize, the Lincoln Prize, and the Abraham Lincoln Institute Book Award. Symonds also won the Nevins-Freeman Prize in 2009. His latest work is The Battle of Midway, published by Oxford University Press in October 2011. He lives in Annapolis, Maryland.

Thomas Fiddick, for whom the Fiddick Memorial Lecture is named, served as professor of history at the University of Evansville from 1963 to 2002. In the 39 years he spent at the University, he was a dedicated teacher, a productive scholar, and a tireless fighter in the cause of justice. His untimely death on the day of his retirement in 2002 stunned the entire University of Evansville community, especially his many former students. It was from the former students’ efforts in particular, with the support of Fiddick’s friends and the University, that the annual Thomas C. Fiddick Memorial Lecture was established. 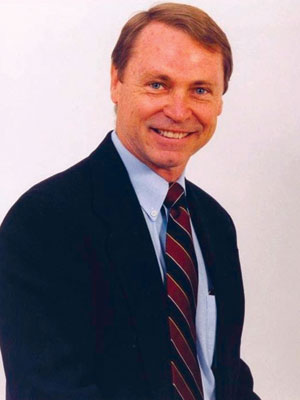