As a church-related institution affiliated with The United Methodist Church, we affirm our call to cultivate relationships between Protestant Christians and people from other faith traditions. We celebrate religious diversity and interfaith dialogue as we work together, grounded in our values, to seek justice and equity for all people.

The bell is a symbol of the University's commitment to making the world a more peaceful, understanding, and compassionate place. It will ring to commemorate significant campus and community events and will symbolize harmony and goodwill at UE. The Peace Bell is a constant reminder for everyone to work for peace together, as a campus community.

The bell was cast at the White Chapel Bell Foundry in London, England. An appropriate choice as the University of Evansville's Harlaxton College is located in Grantham, England.

UE's Interfaith Peace Bell also serves as a visual and aural symbol of the University's strong connection with England and our beloved Harlaxton College.

UE's Interfaith Peace Bell is a copper and tin cast, 24¼” diameter bell and weighs 322 pounds. It is accurately and harmonically tuned on the five-tone principal to note F. Its deadstock is made from Iroko, a large hardwood from the west coast of tropical Africa. One side of the bell is inscribed "Yearn for Peace,” and the other side reads “Work for Peace.” The bell's pedestal is made of solid granite, weighing 8,247 pounds and parallels UE's Olmsted Administration Hall bell tower. 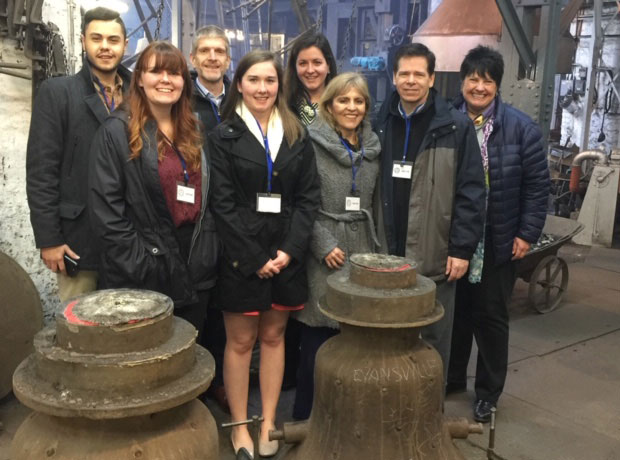 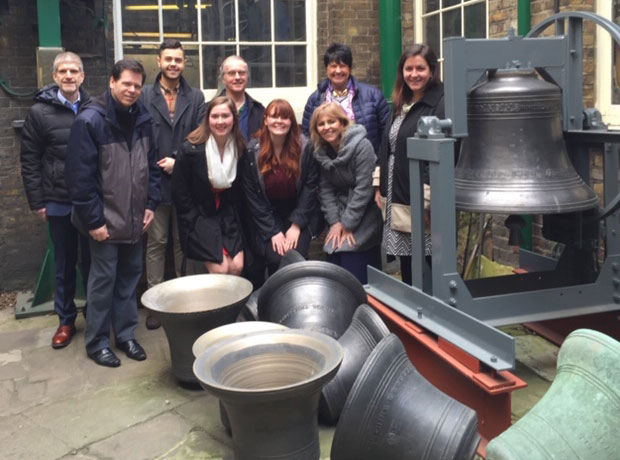 UE's Peace Bell was one of the last bells to be cast at the historic White Chapel Bell Foundry before it closed permanently in May 2017. It was Britain's oldest manufacturing company, stretching back to 1570. It was responsible for many acclaimed bells worldwide, including London's Big Ben, Philadelphia's Liberty Bell, and bells for the National Cathedral in Washington, D.C. The foundry also made a tribute bell one year after 9/11, the Bell of Hope, as a gift from the people of London to the people of New York City.