Students, be sure to register for the two (2) upcoming Virtual Career Connections – Data Science!

18 alumni/employers (9 at each event) on Wednesday, February 3 and Thursday, February 18, 2021 from 4:30 to 6:00 pm. Get registered for both on Handshake https://evansville.joinhandshake.com, click on Events - Career Connections-Data Science.

Contact the Center for Career Development with any questions career@evansville.edu or call 812-488-1083.

Kimberly Fessel is a Senior Data Scientist and Instructor at Metis, an immersive data science and analytics training institution. Prior to joining Metis, Kimberly worked in natural language processing at MRM//McCann, a digital advertising agency. She holds a Ph.D. in applied mathematics from Rensselaer Polytechnic Institute and completed a postdoctoral fellowship in math biology at the Ohio State University. She is a proud University of Evansville alumna, graduating from UE in 2007 with her bachelor's in applied mathematics and professional chemistry. In her spare time, Kimberly enjoys making videos for her YouTube channel, rollerblading, and walking her dog around her home in New York City.

I'm a proud UE International student hailing from Faisalabad, Pakistan. I graduated from UE in May 2020 with a major in Statistics and Data Science and minor in Philosophy & Mathematics. I've accepted an offer with Nascar as a Junior Analyst in Data Strategy and will be starting to work with them at the end of this month. Prior to that, I was working with MetroNet Inc as a Rotational Development Associate with the Analytics Department. I enjoy working cross functionally to bridge the gap between data and real-world problems.

Keith Leonhardt graduated from UE in 1989 with a BS in Communications. His education prepared him well for his roles in financial advertising, live event production, and communications agency leadership. He currently serves as VP of Communications, Public Relations and Customer Experience for MetroNet, a fiber optic internet provider. Keith has served UE as an adjunct instructor and guest lecturer for many years. He is married to Cherie(UE '88), who has spent the majority of her working career at the University. He has two sons, Reed(UE '19) and Ian(expected UE '23).

Anna Lismore graduated from UE with a BS in Applied Mathematics & Economics in 2017 and completed her MBA at USI in 2020. Anna began working at Accuride Corporation as a Business Analyst before transitioning to Financial Systems Analyst. In her roles, she has been responsible for EDI operations, supporting site ERP launches, implementing finance projects, and assisting in a global financial system consolidation. She has also presented at several conferences and Women in Manufacturing & Technology panels. 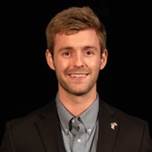 Scott Massey, is the Founder and CEO of Heliponix, Scott graduated from Reitz Memorial High School in 2013 and went on to receive his B.S. at Purdue University in Mechanical Engineering in 2017 and Certificate of Entrepreneurship and Innovation. Scott exited a career as an engineer in the oil and natural gas industry to become a research engineer at the Purdue University Horticulture College. It was there Scott assisted in the design of a NASA funded, automated hydroponic plant growth chamber with the ultimate goal of sustainably growing food in space colonies under Dr. Cary Mitchell. This inspired him to found Heliponix© (formerly Hydro Grow LLC) his senior year which was backed by Purdue Ventures Ag-celerator agricultural/biological Engineering Research Fund and Elevate Ventures. Today the company employs several engineers and is expanding their network of GroPods deployed in the market which has been named "Indiana's Best New Tech Product" by TechPoint through the Mira Award and "The People's Choice Award" by IFT (Institute of Food Technologists) through the Food Disruption Challenge. Scott continues to advise the Department of State through the Mandela Washington Fellowship on several aquaponic farms across Africa to fight food insecurity in the developing world.

I co-founded Astraea, Inc. in 2016 to build an integrated artificial intelligence platform for big geospatial data. As the VP of Data Science, I have the pleasure of leading Astraea’s team of data scientists, engaging with clients and partners to identify business opportunities, and helping to develop the strategic roadmap for our services and products. I have 17 years of experience in creative problem solving by leveraging data, machine learning, and best practices in scientific methodology. I also have the privilege of serving as the Board Chair for Empowered Earth Alliance, a new non-profit organization whose experienced team of volunteers works to empower leaders with problem-solving skills to design and implement sustainable solutions.

Prior to Astraea, I worked as a data scientist at the University of Virginia Medical Center and at Elder Research, where I developed novel data science solutions to problems across several different industries. In the not-so-distant past, I was an astrophysicist, where I used multi-spectral data to study how galaxies in the Universe have evolved over the past 13 billion years. My current ventures bring me a lot more down to Earth and in the present – and the problems are just as fascinating. 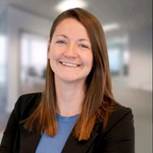 Ascend Indiana is a nonprofit designed to help college students find jobs + internships across the state. Partnering with over 400 Indiana employers, Ascend takes a two-fold approach in connecting candidates to opportunities – (1) students join an online platform called the Ascend Network that uses an algorithm to recommend positions, and (2) students meet with an Ascend recruiter who serves as a resource in their search. Completely free to use, The Ascend Network serves students of all majors.

Morgan is originally from Grand Rapids, MI and joined the U.S. Marine Corps immediately following high school in 2004. After 6 years as an F/A-18 mechanic he volunteered for recruiting duty which brought him to Evansville. In the summer of 2013, he left the Marine Corps to pursue a career as an Actuary and began studying at the University of Evansville. He graduated Summa Cum Laude with a bachelor’s in Applied Mathematics in December of 2016 and started as an Actuarial Analyst at USAA in the Property Pricing area in San Antonio, TX. In that role, he was responsible for rate analyses and submitting filings for three lines of property insurance in several states, including Texas, USAA’s largest market. He now works in predictive modeling on a team responsible for identifying and implementing new variables to be used in rating. Morgan is an Associate of the Casualty Actuarial Society and is pursuing his Fellowship. His beautiful, talented, and hard-working wife, Beth, is the only reason he survived his career change. They have three wonderful children together, Hazel, Julian, and Henry.

Wei brings an extensive background in actuarial service and management to the American Integrity team. In his role, he leads the company’s actuarial pricing team. He will be responsible for leading the pricing and reserving efforts as well as introducing advanced predictive analytics to our business model.

Prior to joining American Integrity, Wei started his career as a consulting actuary for major property and casualty insurance carriers and then moved into insurance corporation world, Zurich Insurance Company and Berkley Oil and Gas (a W. R. Berkley company). During the course of his career, he has managed teams in reserving, pricing and predictive analytics while also leading the development of actuarial infrastructural changes within those organizations.

Wei is a Fellow of the Casualty Actuarial Society (FCAS) and holds a Master of Science in Actuarial Science from the University of Wisconsin.