UE's Project Ace, a team of mechanical engineering students led by seven seniors, was awarded Rookie of the Year for their performance in the NASA Student Launch competition.

The team built and tested a rocket that was designed to reach an altitude of exactly one mile and protect fragile material throughout the flight. Students competed at the Marshall Space Flight Center in Huntsville, Alabama, in April against other colleges and universities from across the US.

Scoring for the award included various aspects of the 9-month project, such as reporting, presentations, design analysis, actual flight performance, and safety.

The rocket will be on display on the 2nd floor of Koch Center later this summer. 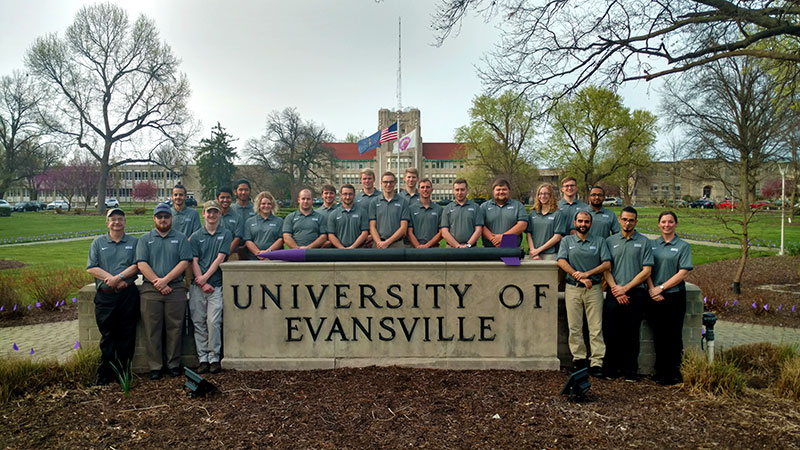