The University of Evansville’s 23rd president, Thomas A. Kazee, will step down on May 31, 2018, after an eight-year tenure at the institution. Since his inauguration in June 2010, Kazee has led UE as it has developed new programs, enhanced and expanded its physical facilities, and extended its reach as an international institution.

“Dr. Kazee has provided outstanding leadership to this great University,” said Linda White, Chairman of University of Evansville’s Board of Trustees. “During his eight years as president, we have witnessed the development of innovative new programs spearheaded by an outstanding faculty and staff.”

Under his leadership, UE has implemented a facilities master plan that includes new student townhouses as well as renovations and additions of key academic buildings, such as the Bower-Suhrheinrich Library. Hyde Hall, the most heavily used classroom building on campus, will undergo a major renovation in May 2018 following the recent completion of the first $5 million fundraising milestone for the project. The largest gift in UE history was secured during Kazee’s presidency after donor and longtime friend to the University, William L. Ridgway, left UE $39 million from his estate.

UE has also added important new academic programs, including a Physician Assistant Masters program, which will be located in the new Academic and Health Science Research campus in downtown Evansville when it opens in the 2018-19 academic year.  Other new programs added during Kazee’s tenure include Statistics and Data Science, Masters in Public Health, and a learning-in-retirement program.  Moreover, UE’s unique Fellows program, which recruits students from high schools around the state, has made the campus a more diverse and inclusive place.

“I’m proud to reflect on my career at the University of Evansville, and I know the successes accomplished during my time here could not have been done alone,” said Kazee. “The UE family is made up of an outstanding group of individuals with a passion for the success of this University and the students who pass through its doors.”

During Kazee’s tenure, the University has been a leader in career preparation through its pioneering Center for Career Development, which is dedicated to support students' career exploration from before they enroll through post-graduate life. In addition, the University now offers its innovative “UE Guarantee,” a commitment to students that ensures substantial financial aid, internships, study abroad, and four-year graduation.

Other key advancements under Kazee’s leadership include the addition of the McCarthy Greenhouse, substantial land acquisition around Harlaxton College—UE’s renowned living-learning center in Grantham, England—and the restoration and move of the historic Peters-Margedant House through the city of Evansville to its new home on the UE campus.

“It’s impossible to thank each person I’ve been fortunate to work with during my time at UE,” said Kazee. “I hope each and every one of them—students, faculty, staff, and administrators—know how truly grateful I am to have worked alongside such a passionate and talented group of people.”

“I’ve had a long and fulfilling career,” Kazee said. “I’m ready to make the shift from full-time academic administration to do many things that I’ve postponed for too long.  It will be fun to read a book that doesn’t deal directly with higher education!”

At the conclusion of the 2017-2018 academic year, the Kazees intend to relocate to Pawley’s Island, South Carolina. Their plans include travel and visits to children and grandchildren. Son, Geoff, is a turf management specialist who will soon be moving to Phoenix, Arizona. Daughter, Nicole, is the Vice President for Strategy and Business Development at the Erie Family Health Center in Chicago, Illinois. Nicole lives with her husband Andy and three-year-old twins, Cora and Milo, in Chicago.

“The Board of Trustees wish Dr. Kazee and his wife, Sharon, the very best as they venture forward,” said White. 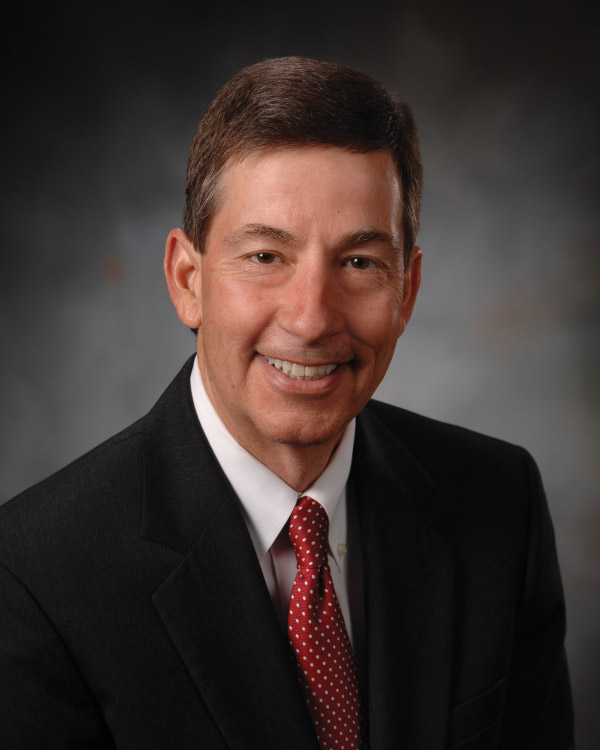