November's Think Outside the Lunch Box to Discuss Upcoming Elections

Less than a week before Election Day, community members will have the opportunity to spend their lunch break with two local political experts. November’s Think Outside the Lunch Box Faculty Speaker Series, sponsored by the University of Evansville, will feature an election preview by UE president and political scientist Thomas A. Kazee and UE associate professor of political science Robert L. Dion.

Kazee and Dion will present “Election 2012: The Final Countdown” at noon on Thursday, November 1, in the Blue & Gold Room on the first floor of Old National Bank’s headquarters in Downtown Evansville. The event is free and open to the public.

Kazee served for 18 years on the faculty at Davidson College, including a decade as chair of the Department of Political Science, and four years as dean of the College at the University of the South (Sewanee). Prior to coming to UE, he served as provost and executive vice president at Furman University. He received a BA in political science from Baldwin-Wallace College in Berea, Ohio, in 1974, and a PhD in political science from Ohio State University in 1978. As the author of numerous journal articles and editor of Who Runs for Congress: Ambition, Context and Candidate Emergence, his work has been influential in shaping an understanding of American congressional election outcomes.

Dion came to the University of Evansville after teaching for several years at Syracuse University and Wabash College. His specialties are in the area of persuasive political communication and electoral behavior. While his main interests are focused on American politics, he has also studied and lectured on West European and Canadian politics. At UE, he teaches Introduction to American Government, Mass Media and American Politics, Parties and Elections, and Research Methods in Political Science, among other courses. In addition to his interest in the study of political behavior, Dion has a substantial personal background in political activity and issue advocacy. He has held staff positions in federal, state, and municipal campaigns and been elected several times to serve as a precinct committeeman and delegate to state party conventions. Local, state, and national media outlets often consult with Dion as an analyst on American politics, especially Indiana politics.

UE’s Think Outside the Lunch Box Faculty Speaker Series is in its third year and is typically held the first Thursday of every month.

Kazee and Dion will speak for about 30 minutes, with 15 minutes allotted for questions and answers. Attendees are welcome to eat lunch during the presentation. There is a restaurant conveniently located in the Old National Bank lobby. 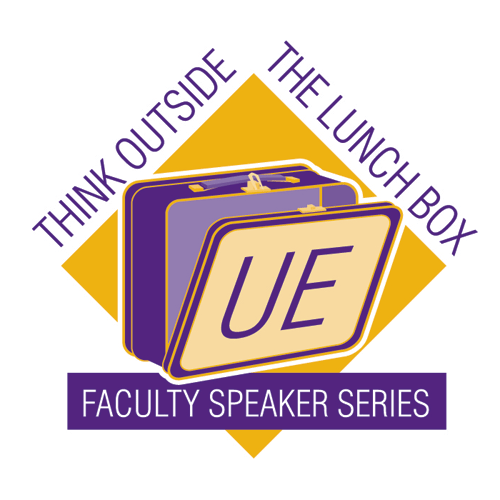