University of Evansville assistant professor of creative writing Lisa Nikolidakis received the University’s 2017 Exemplary Teacher Award during UE’s winter commencement exercise on Thursday, December 14. Sixty students received degrees. The Exemplary Teacher Award is given by the University to an exceptional member of the faculty in acknowledgment of his or her teaching excellence.

Her work has been published in the Los Angeles Review, Brevity, Passages North, Nimrod, The Greensboro Review, The Rumpus, and elsewhere. Her essay “Family Traditions” was selected for inclusion in Best American Essays 2016. Her work has been runner-up or honorable mention for numerous prizes, including the Tobias Wolff Award for Fiction, the Gulf Coast Prize, the Lamar York Prize for Fiction, the Robert and Adele Schiff Award for Prose, the Calvino Prize, the Frank Mosher Short Fiction Prize. She has won the A Room Of Her Own’s Orlando Prize and The Briar Cliff Review’s Nonfiction Prize.

She has served as co-director of membership services for VIDA: Women in Literary Arts and nonfiction editor for The Southeast Review. At UE, Nikolidakis organized and hosts the #readingseries and Collision: A Writer’s Series. 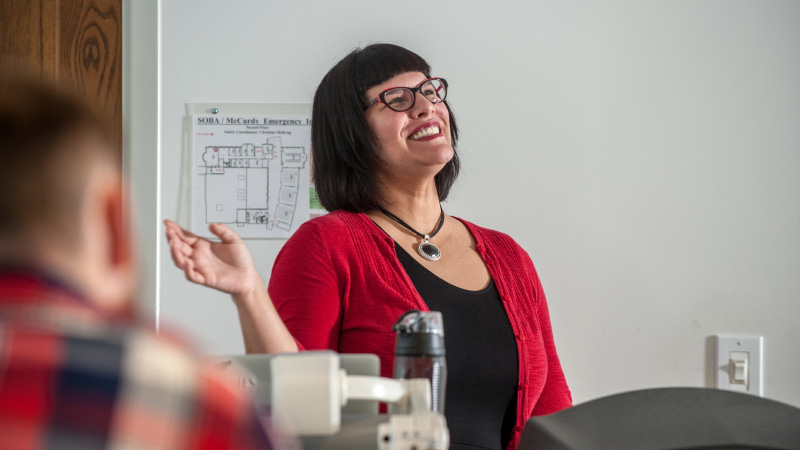