On February 26, University of Evansville President Thomas A. Kazee and his wife, Sharon Kazee, PhD, were recognized for their years of service as UE’s 23rd President and First Lady. The Kazees were each presented with individual Sagamore of the Wabash Awards from Indiana Governor Eric Holcomb and were recognized with an Indiana Senate Concurrent Session Resolution.

According to the State of Indiana’s website, “the Sagamore of the Wabash Award is the highest honor which the Governor of Indiana bestows. It is a personal tribute usually given to those who have rendered a distinguished service to the state or to the governor. Among those who have received Sagamores have been astronauts, presidents, ambassadors, artists, musicians, politicians, and ordinary citizens who have contributed greatly to our Hoosier heritage.” 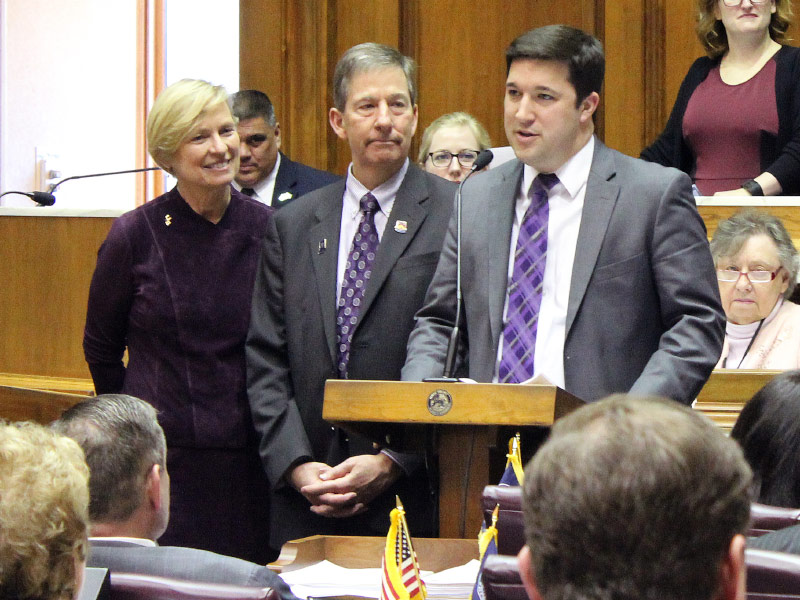 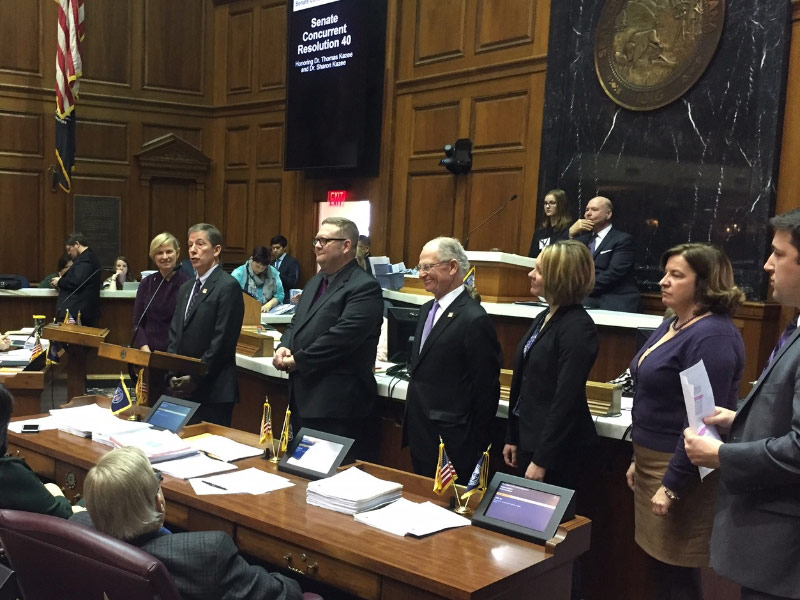 Senator Vaneta Becker presented the Sagamore of the Wabash Awards to the Kazees on behalf of Governor Holcomb during a special reception.

Earlier in the day, the Kazees were honored with an Indiana Senate Concurrent Session Resolution. Following a long list of major accomplishments, the resolution concluded that the “Indiana General Assembly honors Dr. Thomas Kazee and Dr. Sharon Kazee upon their retirements as President and First Lady of the University of Evansville and thanks them for their years of service and dedication to the University of Evansville, the Southwest Indiana Community, and the State.” 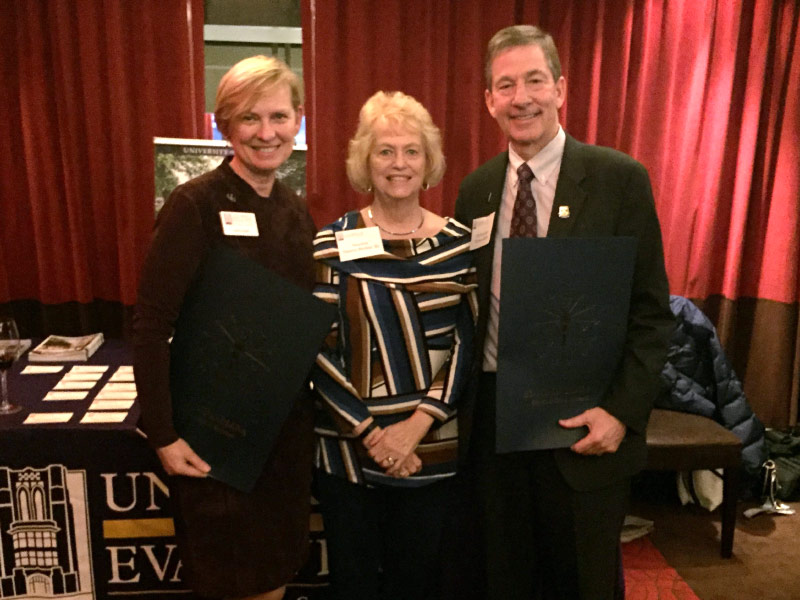