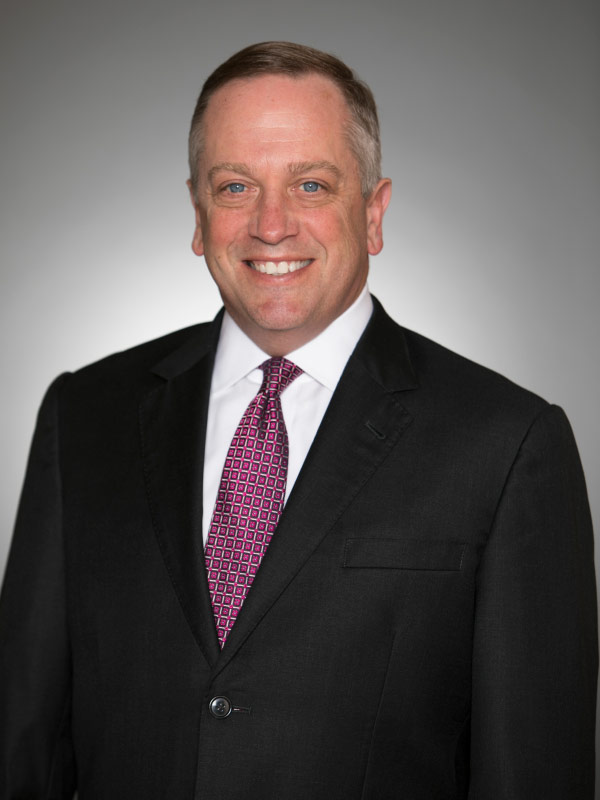 The University of Evansville has appointed Christopher M. Pietruszkiewicz (petra-skev-ich) as the 24th president of the institution.

Pietruszkiewicz, who currently serves as dean and professor of law at Stetson University’s College of Law, was chosen for the position after an exhaustive nationwide search. The presidential search committee was led by UE trustee Sally Rideout, and the Board of Trustees elected Pietruszkiewicz in a formal vote on March 28.

“Throughout the process, we were impressed by the pool of candidates interested in serving UE – a group with diverse experiences and backgrounds,” said Rideout. “Pietruszkiewicz’s comprehensive understanding of the overall institutional operation and his successful leadership of taking Stetson’s independently operating College of Law through a time of great change made him stand out. The committee believes his vision and leadership style are a strong match for the University of Evansville and our entire community.”

Pietruszkiewicz will assume his duties on July 1, replacing current UE president Thomas A. Kazee who will retire in May after eight years of service to the University.

“Dr. Kazee has provided outstanding leadership to this great University. During his eight years as president, we have witnessed the development of innovative new programs spearheaded by an outstanding faculty and staff,” said Linda White, chairman of University of Evansville’s Board of Trustees. “We now look forward to seeing what exciting developments lie ahead as Pietruszkiewicz leads our University.”

Pietruszkiewicz has served as dean and professor of law at Stetson University College of Law for six years. The College of Law is geographically located three hours from Stetson’s undergraduate campus and is autonomous in managing its $40 million annual budget. As dean, Pietruszkiewicz has been closely involved with all faculty, administration, and operations. Under his leadership, Stetson’s College of Law contributed more than 30,000 hours of service to the community, and alumni support has increased by 39 percent.

He began his academic career at George Mason University School of Law, where he was an adjunct professor of law. He joined the faculty of the Louisiana State University Paul M. Hebert Law Center in 2001 and became vice chancellor for business and financial affairs in 2007.

“I am delighted to join the University of Evansville community and look forward to working together with an exceptional faculty and outstanding staff to provide an education of distinction,” Pietruszkiewicz said. “From an international experience ranked number 1 in the country, to 96 percent of students participating in real-world externship experiences, to 94 percent graduating with meaningful jobs or graduate school awaiting them, I am eager to build on the tremendous success of UE. There is so much more we will do together.”

In his time at Stetson, Pietruszkiewicz has established an enrollment management model to strengthen entering student credentials, increased diversity of student body, improved a nationally recognized academic success program ranked top 30 in the US out of 202 law schools, and enhanced employment opportunities for graduating students.

Pietruszkiewicz was also instrumental in creating the first medical-legal program in the United States, a program in which Stetson’s law school and the University of South Florida Morsani College of Medicine collaborate to assist veterans in obtaining benefits based on their service.

During his tenure at Stetson, the annual fund increased substantially and the number of donors grew significantly last year. Additionally, 13 alumni chapters were launched for broadened engagement among graduates. He has also produced a surplus in capital and operational budgets each year as dean.

Prior to entering academia, Pietruszkiewicz served as a trial attorney in the Tax Division of the United States Department of Justice from 1997 to 2001, receiving the Outstanding Attorney Award in 2000. He also served as an attorney/adviser in the United States Department of Education from 1992 to 1997, receiving the Assistant Secretary’s Award for Team Distinction and the Deputy Secretary’s Award for Service

Pietruszkiewicz was an NCAA and high school basketball official and worked with Special Olympics Virginia and Special Olympics Louisiana. He earned a Bachelor of Science degree at the University of Scranton, a J.D. at Loyola University New Orleans College of Law, and a Master of Laws (LL.M.) in taxation at Georgetown University Law Center in Washington, D.C.

Pietruszkiewicz is married to Siobhan (sha-von) Pietruszkiewicz, a licensed clinical worker with over a decade of experience writing and implementing grants for state agencies and local nonprofits. She has taught social work courses at Louisiana State University for undergraduate and graduate students as well as law students. The Pietruszkiewiczs have two children: Ryan, age 12; and John, age 8.