The University of Evansville reaffirmed its commitment to a culture of changemaking at a press conference today as UE president Christopher M. Pietruszkiewicz announced more than $1 million in scholarships for winners of the annual High School Changemaker Challenge starting in 2019.

Members from the top six winning teams who choose UE as their college destination will each receive 4-year scholarships to attend UE as listed below:

Students who are eligible for more than one UE scholarship will receive the one of highest value.

"Changemaking is engrained in the UE culture and we provide the support to take ideas from concept to reality," said Pietruszkiewicz. "Our Ace Care pro-bono physical therapy clinic and our record breaking Habitat for Humanity Barn Blitz are just two ways that Aces are positively impacting our community."

UE's High School Changemaker Challenge is designed to motivate young people to take a leading role in identifying and solving challenges in the world around them through innovation and creativity. Projects from previous competitions can be seen in the city of Evansville, including the Upgrade Bike Share stations and the solar-powered CommuniTree at Mickey's Kingdom Park downtown. Projects still in the development stages include a musical swing set, an emergency response app, an anti-bullying board game, and many more.

"The increased scholarships will allow more students access to UE's incredible network of support in order to make lasting change in our community and the world," said Shane Davidson, UE's vice president for enrollment and marketing.

Also new this year, teams can be made up of any combination of high school-aged students from any school-public, private, homeschooled, etc. Coaches are no longer required to be faculty members, and teams will be identified based on their project, not their high school. Teams can also come from anywhere in the country or the world as long as they can be physically present for the on-campus competition.

"As an Ashoka U campus, we believe in the 'everyone a changemaker' philosophy and want as many students as possible to have the means to make positive change," said Pietruszkiewicz.

Registration is now open, and more information can be found on the Changemaker Challenge website. Video submissions are due by Monday, September 9. The top 20 finalists will be notified by Friday, September 13 of their advancement to the final on-campus pitch to be held on Wednesday, October 23 on the UE campus. 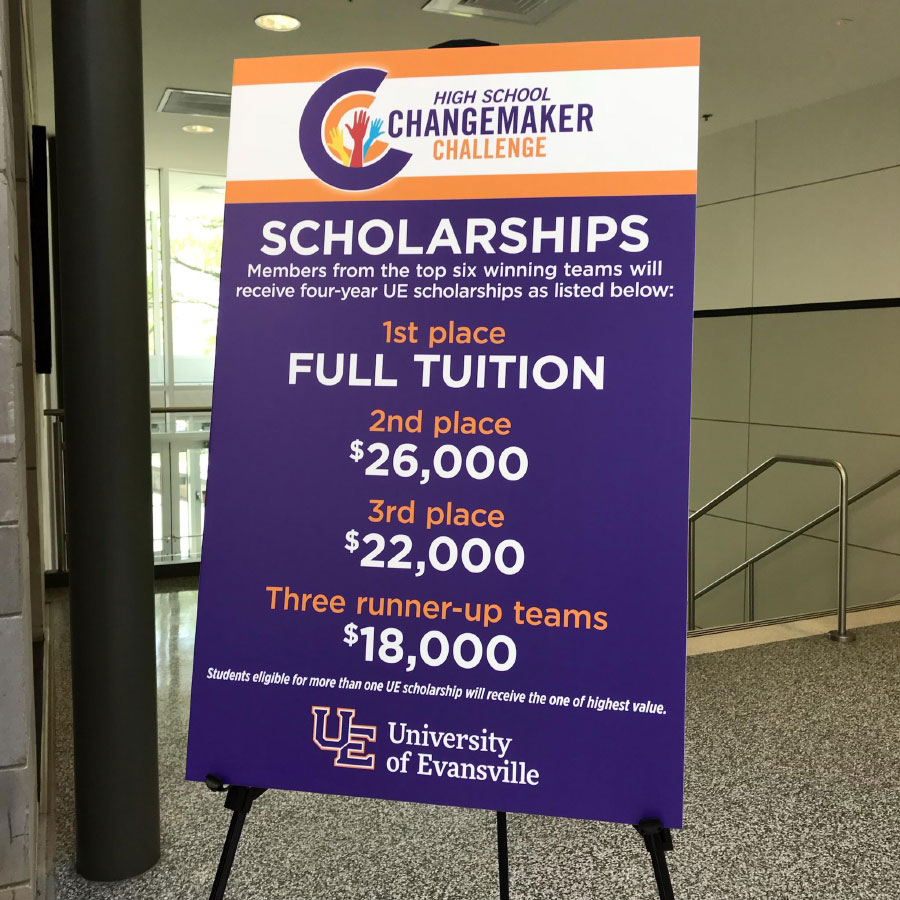