The University of Evansville’s first Think Outside the Lunch Box Faculty Speaker Series event of 2013 will feature a moderated conversation between UE Chaplain Tammy Gieselman and the Rev. Dr. Leslie Griffiths, the Lord of Pembrey and Burry Port, England.

The discussion will take place at noon on Thursday, February 14 in the Blue & Gold Room on the first floor of Old National Bank’s headquarters in Downtown Evansville. The event is free and open to the public.

Gieselman and Griffiths will discuss Griffiths’ role as a member of Parliament in the House of Lords, as well as his work in interfaith initiatives as the superintendent minister of Wesley’s Chapel in London, which was built by John Wesley, the founder of the Methodist religious movement. (The University of Evansville is a United Methodist-affiliated university.)

As a regular columnist and BBC broadcaster, Griffiths has spoken extensively on various educational and social subjects, including euthanasia, the church and civic society, the relationship between Christianity and other faiths, and international affairs.

Griffiths became a local preacher in the Methodist Church of Great Britain in 1963 and completed a Master of Arts in theology at Fitzwilliam College at the University of Cambridge in 1969. He lived and worked in Haiti from 1970 to 1980, and in 1987, he earned a PhD from the School of Oriental and African Studies at the University of London. He has served as president of the Methodist Conference in Britain (1994-95) and has been the superintendent minister at Wesley’s Chapel since 1996. He has written numerous books on religious and historical themes, including an autobiography, A View from the Edge.

UE’s Think Outside the Lunch Box Faculty Speaker Series is in its third year and is typically held the first Thursday of every month.

Griffiths and Gieselman will speak for about 30 minutes, with 15 minutes allotted for questions and answers. Attendees are welcome to eat lunch during the presentation. There is a restaurant conveniently located in the Old National Bank lobby. 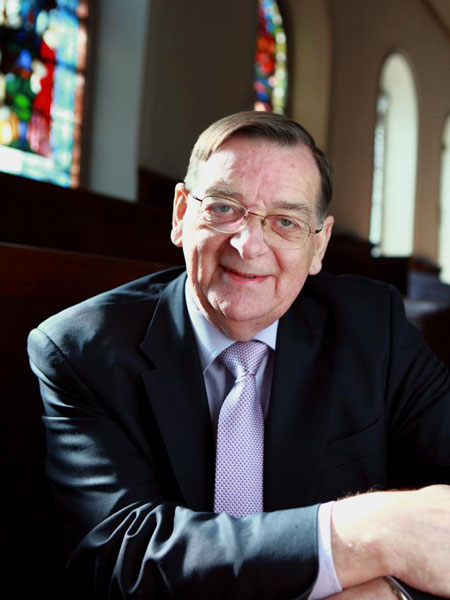