The University of Evansville Theatre proudly presents THE THREE MUSKETEERS, by Megan Monaghan Rivas, inspired by the novel of Alexandre Dumas. A bold, new version of this beloved classic tale is set in 17th-century France but reimagined in a world where men and women are equally empowered. In the true fashion of "musketeering," these familiar characters engage in daring and romantic adventures with bravado, flamboyance, and valiant ideals. This theatrical re-telling mixes witty wordplay with swashbuckling sword fighting and fast-paced action culminating in a sensational story sure to leave audiences believing in the heroic motto, "One for all, and all for one!" This production opens Friday, Oct. 18, at 7:30 p.m., in the Shanklin Theatre. Additional performances are at 7:30 p.m. on Oct. 19, 24, 25, 26 and at 2:00 p.m. on Oct. 20 and 27.

Ticket prices are $18 for an adult and $16 for a senior adult, child/student, and UE employee. UE students may obtain one free student rush ticket beginning at 12 noon on the day of the performance they wish to attend. The UE Theatre Society hosts a Pre-Play Chat 30 minutes prior to the show on Thursday, Oct. 24, and Saturday, Oct. 19. All are welcome to attend the presentation and discussion with a student designer about their process on the production.

Season subscriptions are on sale now and include the three Shanklin Theatre productions: THE THREE MUSKETEERS, plus, the heart-stirring musical VIOLET, with music by Jeanine Tesori and lyrics and book by Brian Crawley, and THE SEAGULL, by Anton Chekhov, adapted by Tom Stoppard. Subscription prices for the three-play package are $46 for an adult and $40 for a senior adult, child/student, and UE employee. Tickets may be purchased by calling (812) 488-2031, Monday through Friday, 12 noon to 5 p.m. 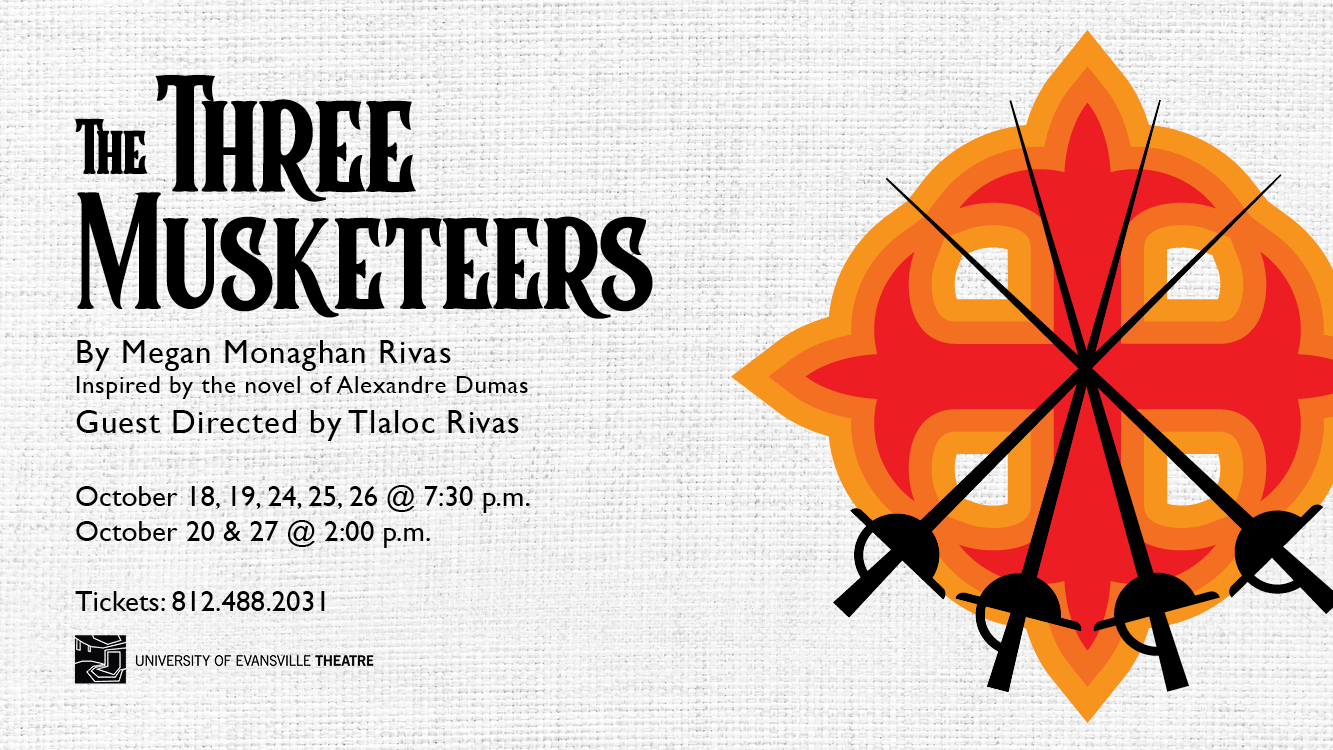