UE Archaeology Alumni Study at University of Cambridge in the UK

Two UE archaeology alumni, Kevin Kay (class of 2013) and Maggie Sullivan (class of 2019) are working toward advanced degrees at the University of Cambridge in England.

“Everyone in the Department of Archaeology and Art History is immensely proud of Kevin and Maggie,” said Alan Kaiser, PhD, chair of the Department of Archaeology and Art History. “While they were at UE, both proved themselves to be outstanding students. Kevin pursued his interest in archaeological theory in class projects and papers, raising questions and offering ideas that made even us professors stop and think. Maggie took advantage her time both with the Jezreel Expedition and at Harlaxton to explore and travel in order to gain first-hand knowledge about the Black Death. Each got the most out of the opportunities UE has to offer.”

Kay earned a BA in archaeology and classical studies and a minor in literature at UE in 2013 and an MPhil in archaeological research at the University of Cambridge in 2014. After a stint in CRM and potato delivery in the US, he was admitted into the PhD program at the University of Cambridge and will submit his doctoral thesis in early 2020. Kevin's research focuses on the role of houses and intimate communities in politics in the Neolithic, especially at the site of Çatalhöyük in Turkey, where he has excavated since 2014.

Sullivan earned her BA in archaeology and gender and women's studies from UE in 2019 and is currently studying for her MPhil in medieval archaeology at the University of Cambridge. Her research interests include everything archaeological about the Black Death, the foundation of military orders during the Crusades, and questions of identity in medieval and Renaissance Italy. Maggie spent one season at UE’s Jezreel Expedition in Israel and surveyed multiple sites around and on Lough Key in Co. Roscommon, Ireland.

“Having one student admitted to a graduate program at University of Cambridge is something for an undergraduate university to celebrate,” said Kaiser. “Having two students studying there at the same time both from just one department within a university is quite exceptional. UE has one of the top archaeology programs in the nation, attracting students from around the country and even the world. The program provides them with both the practical and theoretical grounding they need to succeed in the field while simultaneously nurturing each student’s own specific passions. As Maggie and Kevin prove, UE archaeology majors can do anything! 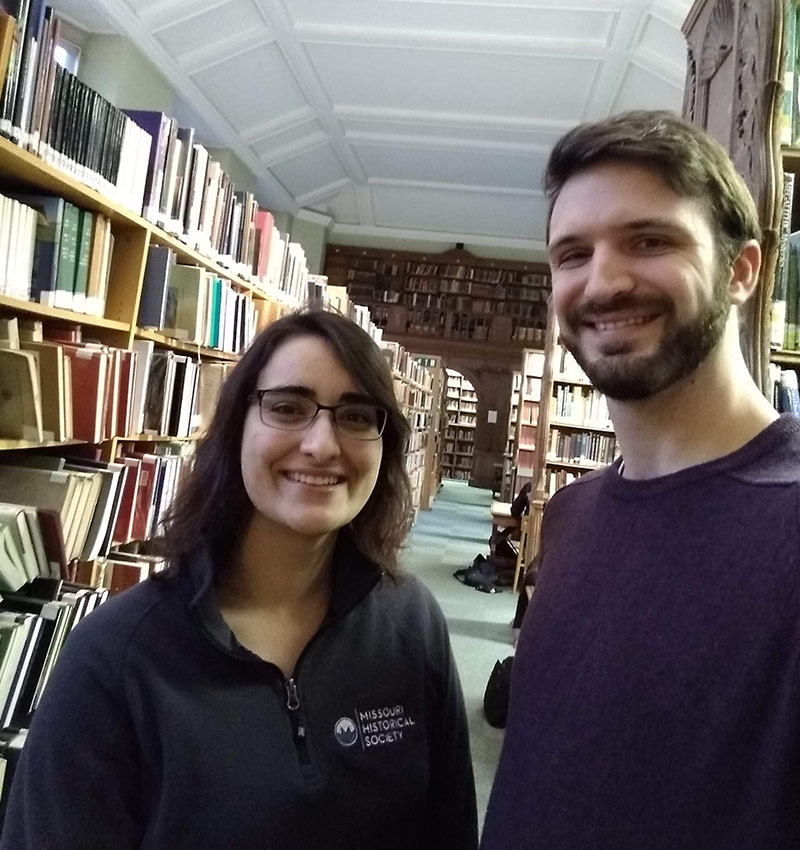