A University of Evansville (UE) alumna has unearthed historic fingerprints embedded in a series of ancient Roman oil lamps, helping to build a greater profile of the potters that created them.

Dr. Megan Hagseth, ’12, a graduate of the UE archaeology program, had been collaborating with colleague Rachel Matheny to create three-dimensional digital models of four lamps owned by the Evansville Museum of Arts, History and Science. The pair both currently work for Texas A&M University as part of its Uluburun Shipwreck Project.

Utilizing the UE archaeology lab on campus, Hagseth and Matheny set out to create digital models using photogrammetry; each lamp was captured using a DSLR camera at different angles with proper placement and lighting, with each photo then combined using a special computer program to create a detailed virtual 3D model.

Fellow UE archaeology graduate and Evansville Museum Collections Manager Kamen Hillenburg, ’08, said the project originally intended to virtualize a portion of the museum’s collection to make it more accessible amid the COVID-19 pandemic. The lamps are roughly 2,000 years old and arrived at the museum in the late 1950s and early 60s.

“Digital documentation and modeling with photogrammetry allow us to put the objects in the hands of specialists all over the world instantaneously,” Matheny said. “We can model an object in Indiana, and someone in Turkey can put on a virtual reality headset and hold it in their hands.”

While taking photographs and modeling the lamps, Hagseth and Matheny noticed about half a dozen fingerprints impressed in the clay dating back to when the ancient potter originally cast them.

“These fingerprints help connect us to the past in ways you’d never believe,” Hagseth said. “Specialists can measure the distance between fingerprint ridges and their depth, determining the age and sex of the potter. We have the technology to essentially shake the hands of someone who lived thousands of years ago and that’s remarkable.

“Even small, seemingly unimportant objects can not only connect us to humanity's shared past but also provide insight into the everyday, ordinary person. People like you and me."

While on campus, Hagseth and Matheny held workshops for UE archaeology majors to teach them the basics of photogrammetry and share their work.

“This helps to show them what the possibilities are so when they go to graduate school and they see a problem, here’s a potential solution they have in their back pocket to solving that particular problem,” said UE archaeology professor Dr. Alan Kaiser. “It’s very much a hands-on oriented program. We teach students computer skills to get started and equip them to uncover more on their own in their careers. There are fewer than 20 departments of archaeology in the nation, and ours is definitely one of the best because of stuff like this.”

Hagseth said the lamps will soon be sent to a specialist to inspect the finger and palm prints and establish a profile of the potter that made them. 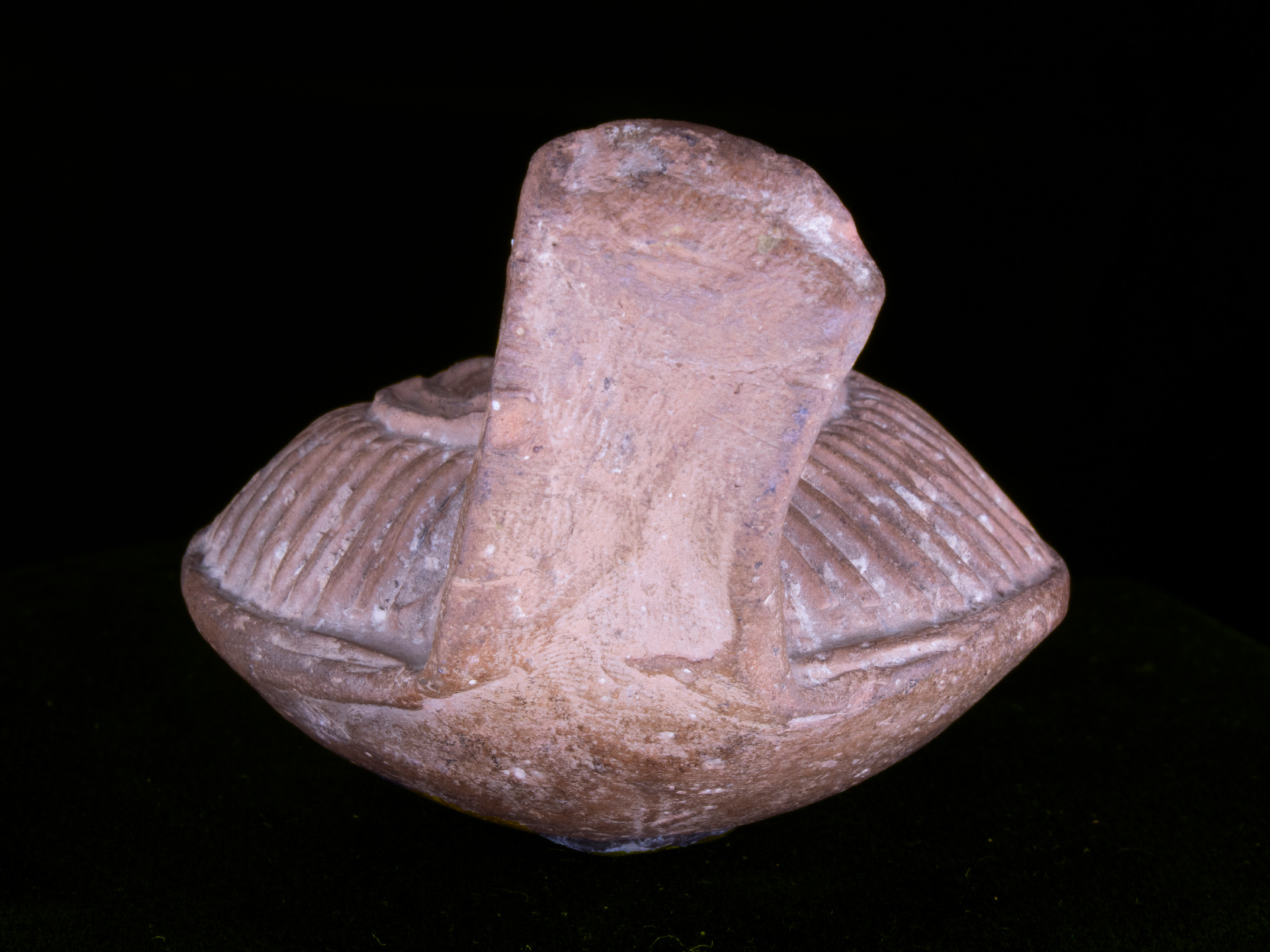