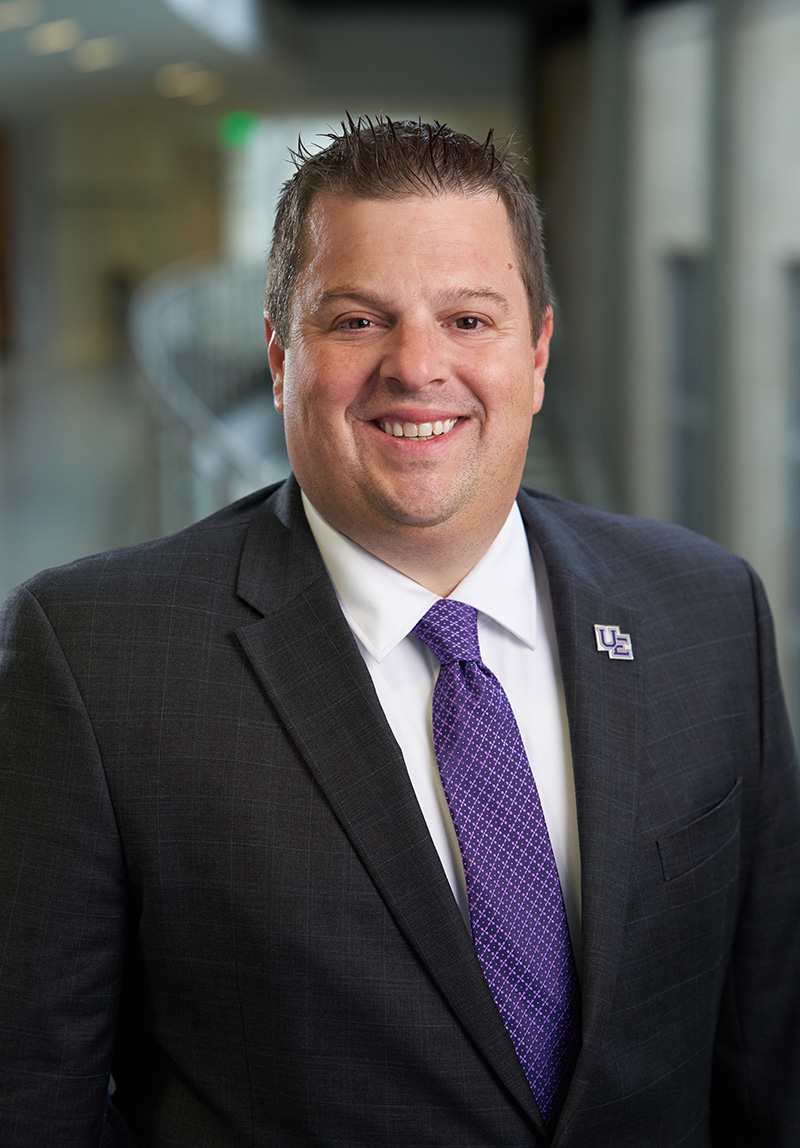 Turning the page into a new era of Purple Aces athletics, University of Evansville President Christopher M. Pietruszkiewicz announced the hiring of Dr. Kenneth “Ziggy” Siegfried as the new Director of Athletics. Siegfried will officially be introduced today at a 2:00 p.m. press conference inside Meeks Family Fieldhouse.

“I have been delighted with our partnership with Turnkey. They listened to our campus community and especially our student athletes, attracting a world class pool of candidates,” said Pietruszkiewicz. “We hired a leader with a proven track record of success for our athletic department, our University, and our community. We said we would hire the right person for UE — and we did.”

Siegfried joins the University of Evansville from California State University Bakersfield (CSUB) where he has served as the Director of Athletics and Associate Vice President for Student Affairs since August of 2015. In his role at CSUB, Siegfried has successfully led an athletic program that is comprised of 16 varsity sports programs with over 300 student-athletes and 90 employees. One of the highlights of his tenure at CSUB was when he succeeded in securing an invitation for CSUB to join the Big West Conference.

“It is an honor to join the University of Evansville, the athletic department, and the Evansville community. This is a special place with a great deal of potential,” Siegfried said. “I would like to thank President Pietruszkiewicz for presenting me with this opportunity. My appreciation also goes out to the advisory committee and TurnkeyZRG.”

Siegfried transformed the athletic department during his tenure at CSUB through the development of a new strategic plan, the creation of a comprehensive master facilities plan, and the commencement of a variety of major construction projects. Under his direction, CSUB generated the largest amount of revenue in the history of the department while achieving high ticket sales and securing significant donations and corporate sponsorships.

Putting an emphasis on academics is a pivotal part of Siegfried’s blueprint. During his tenure, CSUB set records in Graduation Success Rates (GSR), departmental GPAs, and Academic Progress Rates (APR). Siegfried has also been active at the university, conference, and national level throughout his career. On a national level, he serves on the Minority Opportunities Athletic Association (MOAA) Board and is in his third year serving on the NCAA Accelerating Academic Success Program Committee.

“I am excited to lead a talented group of student-athletes, coaches, and staff members as we strive to be the best at what we do in the classroom, in competition, and in the community. Together, we will strive to give our student-athletes an experience that is second to none,” Siegfried added. “The Purple Aces are Evansville’s team, and we are going to actively engage our community from day one. My wife, my children, and I are excited to call Evansville home.”

Prior to his arrival in Bakersfield, Siegfried worked at the University of Memphis for eight years on the Senior Staff within the Athletics Department while serving on the University fundraising leadership team during a successful $250 million campaign. During his time at U of M, Siegfried helped to raise $16 million that went into the transformation of the athletic facilities.