The University of Evansville today held a groundbreaking ceremony for new townhouse apartments, which will provide attractive on-campus housing options for approximately 150 upperclassmen.

The kickoff for the $8.5 million project took place at a 10:30 a.m. news conference in the Class of 1959 Gallery and Lounge in the Ridgway University Center.

“We’re thrilled to break ground on this project, which represents the next phase of the University of Evansville’s facilities master plan,” said UE President Thomas A. Kazee. “We look forward to offering our students a sophisticated, convenient living experience while enhancing the neighborhood around our campus.”

Two townhouse buildings will comprise the “Frederick Commons” (between Frederick Street and Weinbach Avenue) and four buildings will make up the “Walnut Commons” (on the north side of Walnut Avenue and Rotherwood Avenue). Half of the townhouses will be complete and available for move-in in August 2013, with others following in October 2013 and January 2014.

The new townhouses are part of UE’s facilities master plan, announced in March 2012, which will guide the University’s building projects and renovations over the next decade. After an assessment of needs, which included interview and focus group sessions with UE students, faculty, staff, administrators, and alumni, student housing emerged as one of four priority areas.

Each two-story townhouse apartment will house four students and includes the following amenities:

Students signed up to live in townhouses during the housing application process in February and March. All townhouses have been filled for the 2013-14 academic year.

UE has contracted with Buckingham Companies, an Indianapolis-based developer, to coordinate the construction and design phases of the project. 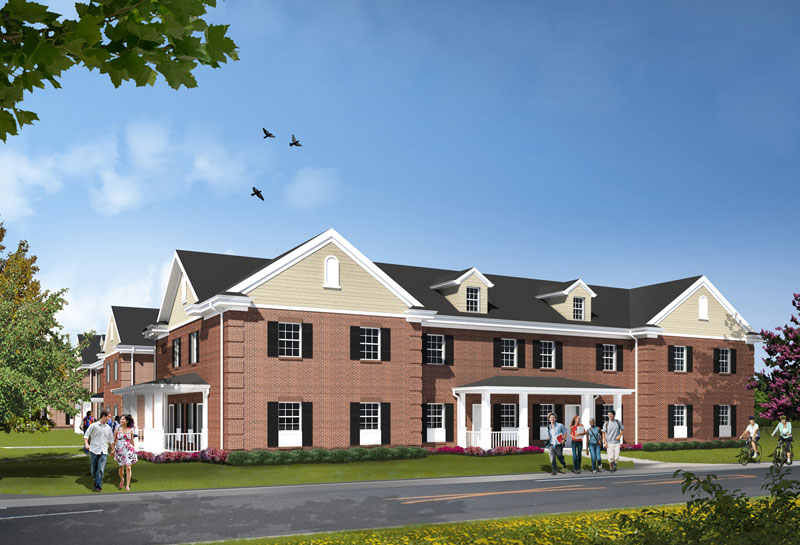