Robert Morse, professor of computer science, has been awarded a prestigious Fulbright Scholarship to spend the Spring 2014 semester in Ljubljana, Slovenia.

From February 1 through July 15, 2014, Morse will split his time between teaching and research at the University of Ljubljana. He will teach a graduate-level course on his specialty, computational algebra, and collaborate with local mathematicians on two research projects.

“I’m honored to be selected for the Fulbright and look forward to returning to Slovenia after visiting and presenting my research there in 2012,” Morse said. “My activities abroad will enhance my professional growth and challenge me mathematically as I will be providing computational expertise to several mathematicians at the University of Ljubljana in support of their research.”

“My work as a Fulbright scholar also will benefit UE’s vision and strategic plan by extending the University’s global reach and making deeper connections abroad,” Morse added, “and it will provide the groundwork for possible future student interaction between the University of Evansville and the University of Ljubljana.”

Morse came to the University of Evansville in 1998 after a 12-year career designing avionics software for IBM Corporation’s Federal Systems Division. He is the co-editor of two books on computational algebra and is author of several peer-reviewed publications in mathematics. Morse holds a PhD and Master of Arts in mathematics from the State University of New York at Binghamton, as well as a Bachelor of Science in computer science from The Pennsylvania State University.

Morse’s previous honors include the University of Evansville’s Global Scholar Award from the Institute for Global Enterprise, Sadelle and Sydney Berger Award for Scholarly Activity, and Dean’s Teaching Award for the College of Engineering and Computer Science. He also has served as a visiting professor at the National University of Ireland in Galway (funded by a Marie Curie Transfer of Knowledge grant from the European Union) and received an Outstanding Technical Achievement Award from IBM Corporation.

The Fulbright Program, founded in 1946 and sponsored by the U.S. Department of State, offers grants for U.S. citizens to study, teach, and conduct research abroad, and for non-U.S. citizens to come to the United States. Each year, the program awards approximately 800 highly competitive, merit-based grants for U.S. scholars and professionals. Past Fulbright Scholars include recipients of 43 Nobel Prizes, 81 Pulitzer Prizes, 28 MacArthur Foundation Awards, and 16 U.S. Presidential Medals of Honor. 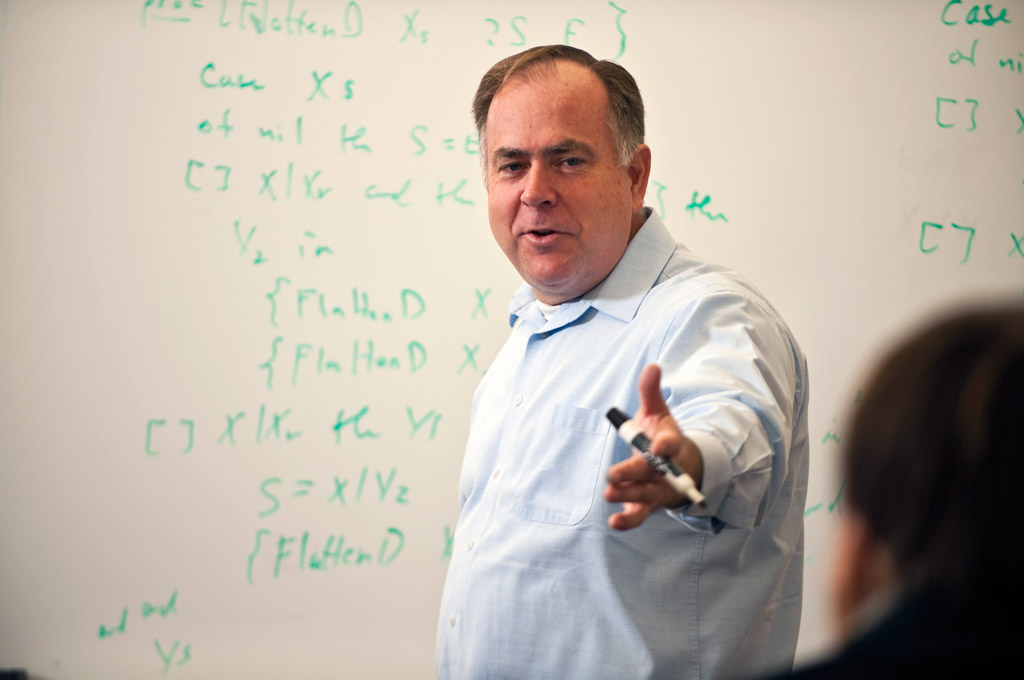