Shannon Galyan, a 2013 University of Evansville graduate, will spend her first year out of college halfway across the world in South Korea, where she has been awarded a Fulbright grant to teach English for the 2013-14 academic year.

Galyan, a native of Bloomington, Indiana, graduated May 4 with a Bachelor of Science in social studies education. She will leave the United States in July and complete a six-week orientation in Goesan, South Korea, during which she will receive her specific school assignment.

“We at the University of Evansville are incredibly proud of Shannon for earning this opportunity to make an impact on the lives of young students while serving as a cultural ambassador,” said Earl Kirk, UE director of study abroad. “As a UE student, Shannon compiled an impressive résumé of international experience, and her year in South Korea will be a tremendous asset to her continued growth as an educator and a global citizen.”

“I’ve been interested in Korean culture and language since I was in high school, but my first study abroad experience, to Ewha Womans University in Seoul, really opened up my view of the world,” Galyan said. “I learned so much that summer and during the study abroad opportunities that followed. I’m very excited to be able to do what I love, teaching, in a place that is so close to my heart.”

The Fulbright U.S. Student Program is sponsored by the U.S. Department of State. Designed to increase mutual understanding between the people of the United States and people of other countries, the program offers opportunities for students and young professionals to undertake international graduate study, advanced research, university teaching, and teaching in elementary and secondary schools worldwide. It was established by Congress in 1946. 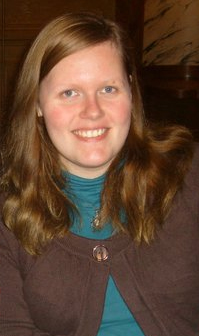