The University of Evansville women’s basketball team finished 19th in the nation among Division I teams on the Women’s Basketball Coaches Association (WBCA) Academic Top 25 Team Honor Roll, as announced by the WBCA Thursday morning.

The Purple Aces accumulated a 3.411 team grade point average (GPA) during the 2012-13 season and were the lone representative from the Missouri Valley Conference on the academic honor roll.  Evansville finished its 2012-13 campaign with an overall record of 9-21 and placed seventh in the MVC with a 7-11 mark in league play, marking UE’s best conference finish since 2007-08.

The WBCA Academic Top 25 annually recognizes women’s basketball teams across the nation in NCAA Divisions I, II and III, the NAIA and junior/community colleges that carry the highest combined GPAs inclusive of all student-athletes on their rosters for the entire season.  The 2012-13 season is the 18th in which the WBCA has produced the honor rolls. 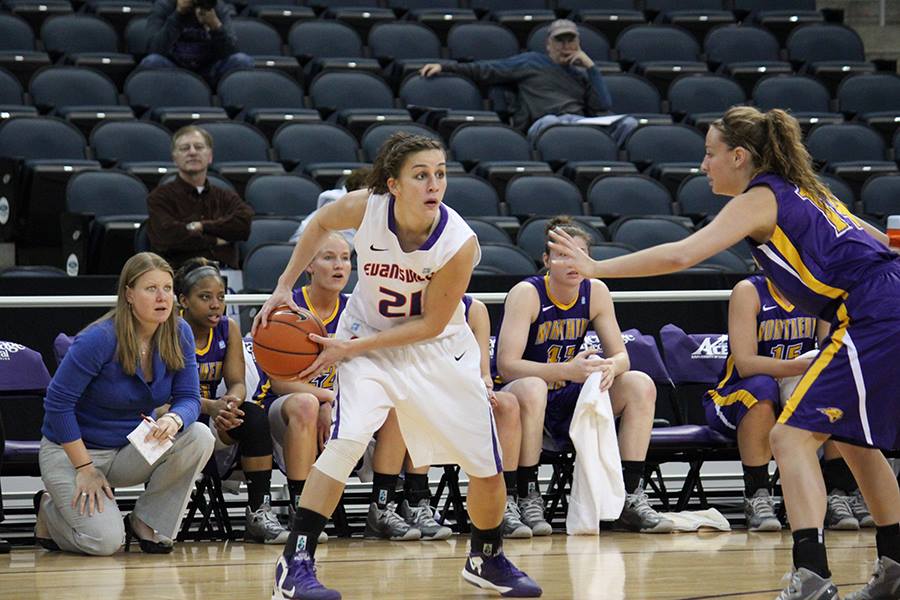