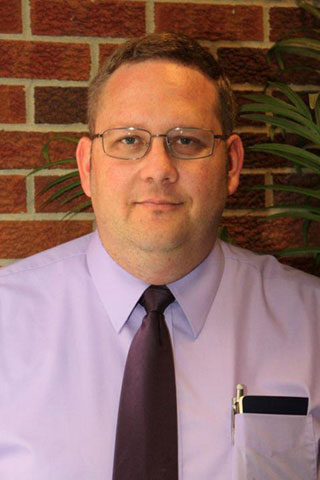 After conducting a national search, the University of Evansville has named Michael Austin as the University’s executive vice president of academic affairs. He will begin his new duties on July 1.

The search process was extensive. Four finalists were chosen from a large pool of candidates. Each finalist visited campus and interacted with a faculty, staff, administrators, and a group of University of Evansville trustees. The search committee surveyed those who had met with the candidates and then made the recommendation to offer the position to Austin.

“The University of Evansville is an excellent school with the reputation of having outstanding academic programs and a strong liberal arts foundation,” said Austin. “I’m looking forward to becoming part of that tradition.”

Austin earned his PhD in English literature from the University of California at Santa Barbara. He earned his MA and BA degrees in English from Brigham Young University.

Austin has 15 years of experience in higher education administration at both public and private liberal arts institutions. He comes to UE from Newman University, where he was provost and vice president of academic affairs and a professor of English. During his career, Austin has also served as dean of graduate studies at Shepherd University, and chair of that school’s English and modern languages department.

He has written several books, including Useful Fictions: Evolution, Anxiety, and the Origins of Literature, That’s Not What They Meant! Reclaiming the Founding Fathers from America’s Right Wing, and Re-Reading Job: Understanding the Ancient World’s Greatest Poem.

“We are very excited that Michael has agreed to become our new executive vice president of academic affairs” said UE President Thomas A. Kazee. “He brings with him a strong background in liberal arts education and collaborative team building. He has a passion for education, and a proven ability to bridge the gap between liberal arts and professional programs.”