The Peters-Margedant house has found a new home on the University of Evansville campus. The unique and historical structure was designed and built in 1934 by William Wesley “Wes” Peters, Frank Lloyd Wright's primary assistant. The house originally sat at 1506 East Indiana Street in Evansville, Indiana, before it was moved to UE on August 22.

An Indiana native, Peters studied at both the University of Evansville (then known as Evansville College) and MIT. He was accepted as Frank Lloyd Wright's first apprentice at Taliesin in Spring Green, Wisconsin in 1932. Peters would go on to work with Wright for the remainder of his career.

The Peters-Margedant house just 552 square feet and displays many of the principles of Usonian style, Wright's architectural effort at creating affordable, efficiently designed homes for working families and the common man. The Peters-Margedant House showcases many specific Usonian characteristics and remains one of the style's first examples, marrying affordability, accessibility, function, and efficiency of space - all qualities highly valued in the current Small House Movement.

A grant from Indiana Landmarks saved the Peters-Margedant house from demolition. Additional funds from the Vanderburgh County Community Foundation and the Friends of the Peters-Margedant House group made it possible to move the house to UE’s campus, where it will serve as a learning facility for both students and the community. 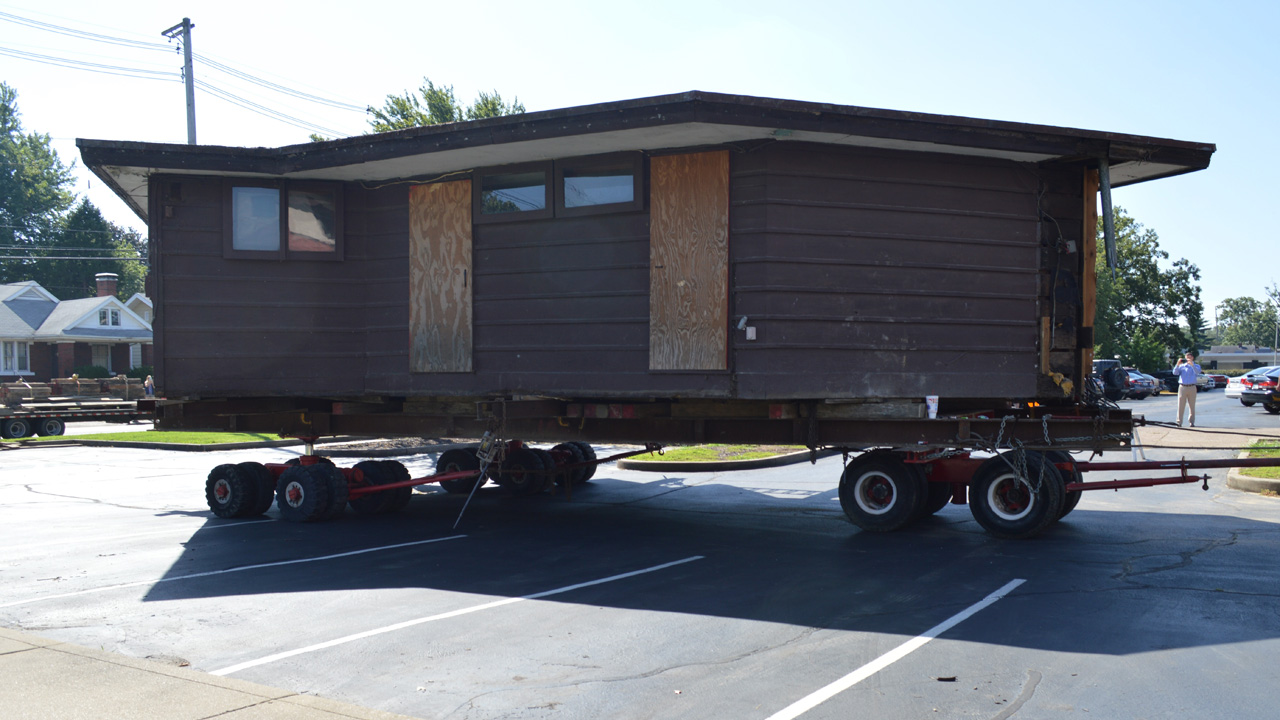