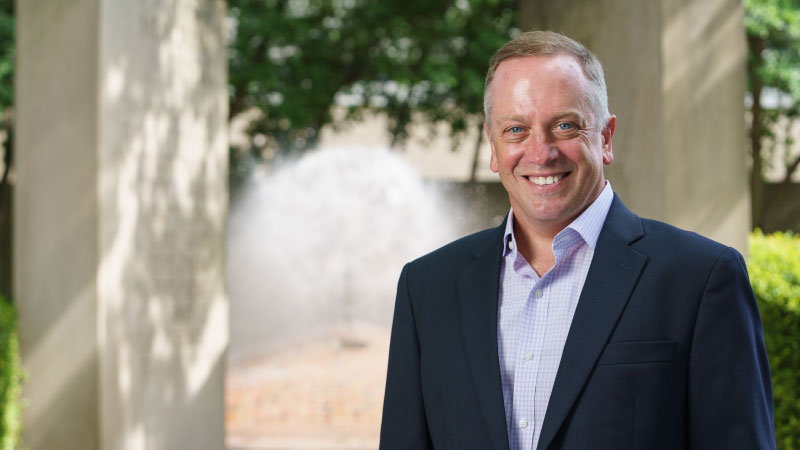 Office of the President

Christopher M. Pietruszkiewicz is the University of Evansville's 24th president. He began his service at UE in July 2018. A tax attorney, Pietruszkiewicz worked as a trial lawyer in the Tax Division of the United States Department of Justice in Washington, DC; and as an attorney/advisor for the United States Department of Education. In 2000, he entered the world of higher education as an adjunct professor at George Mason University School of Law and in 2001, joined the law faculty at the LSU Law Center in Baton Rouge, later serving as vice chancellor for business and financial affairs at LSU. Beginning in 2012, Pietruszkiewicz served for six years as Dean of the Stetson University College of Law in Tampa Bay, Florida.

Under Pietruszkiewicz's leadership, UE has undertaken and completed a strategic planning process that drew from the experience and perspectives of individuals from across the entire campus. This process has resulted in a five-year strategic plan that will guide the institution toward an ultimate goal of Admission 3000: having an enrollment of 3,000 undergraduate students. Additionally, the University has launched an entirely new branding platform, complete with new logos and updated mascot, as well as sharing the stories of students who make dramatic impact on our communities.

Pietruszkiewicz has been closely involved with development efforts ahead of the launch of a comprehensive campaign that will seek to raise funds to support the Admission 3000 goal, as well as several other key initiatives. The first of these was the roll-out of a new state-of-the-art Wellness and Recreation Center on the corner of Weinbach and Walnut to replace the University's current Student Fitness Center.

Pietruszkiewicz has become involved in his new community of Evansville, Indiana. He is a member of several community boards, including the Economic Development Coalition of Southwestern Indiana, and Southwest Indiana Chamber of Commerce. Pietruszkiewicz is also a proud participant in the American Heart Association's Leaders with Heart initiative – look for a “Leaders with Heart” caricature of Prez P – as he is affectionately known on campus – in the Evansville community.

Pietruszkiewicz earned his bachelor's degree in accounting from the University of Scranton, his Juris Doctor from Loyola University School of Law, and his Master of Laws (Tax) from Georgetown University Law Center in Washington, DC.

He is married to Siobhan Pietruszkiewicz, a graduate of Georgetown University with a bachelor's degree in sociology and Spanish. She is a licensed clinical social worker with a master's degree in social work from the Virginia Commonwealth University. Her experience in social work has focused on workforce development and the child welfare system, working both in clinical settings and as a researcher, grant writer, program evaluator, and instructor, focusing on at-risk children and their families. They have two sons, Ryan (13) and John (9), who attend Good Shephard Catholic School in Evansville.