Dr. Banta has been through it all. From service in Vietnam as part of the Marines, to three degrees acquired through years of schooling, to travel all across the United States for work, Dr. Banta has continually made the world a better place. Here's his journey told through his own words. 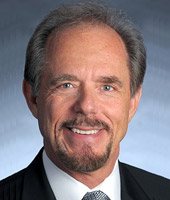 Brigadier General, USAF (Ret) J. Stewart Goodwin is a 1971 graduate of the University of Evansville. He has dedicated his life to the military which started as an Air Force ROTC cadet at UE. His military career spanned 37 years and concluded as the Assistant Adjutant General for Air and the Commander of the Indiana Air National Guard. Currently, he serves as the Executive Director of the Indiana War Memorials Commission in Indianapolis, Indiana. 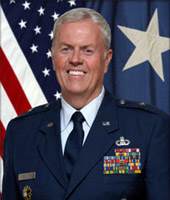 Dr. Graves served as the 20th president of the University of Evansville from 1967 to 1987 and under his leadership the University thrived and grew. Graves, originally from Ft. Worth, Texas, completed his undergraduate degree from the University of Oklahoma. While there, he was an ROTC cadet. His plans for law school were put on hold while he served in the United States Army and spent several months as a prisoner of war.

In 1944, Graves joined the Field Artillery Unit, Cannon Company with the United States Army. As a forward observer, he moved to the front lines, identified targets, and radioed the locations to gunners who then proceeded with attacks. His unit entered France in June 1944 within a few days after D-Day. On the night of September 14, 1944, he and two of his fellow soldiers were sent to a hillside to secure the area. Soon, it became clear that the Germans had cut them off from the rest of their unit. They radioed for help and were told support could not reach them for several days. The men held tight in their fox hole in hopes that help would come soon. That was not to be the case. They were spotted by the enemy and Graves and his colleagues were captured, interrogated, and sent to prison camps.

Graves was the first American shipped to Stalag III-C in Keustrin, Germany, about 60 miles from the eastern border of Poland. He remained there for six months wearing the same clothes in which he was captured and living in a facility without running water. The Germans were planning to send him to another camp closer to Berlin when, a few hours before he was set to go, guards were distracted by a skirmish and Graves and a few other prisoners were able to escape. They wandered throughout Poland and Russia for two months trying to reach American authorities, all the while their families and friends did not know their fate only that they were missing in action. Finally, in Odessa, Russia, they reached safety and boarded a British supply vessel heading east.

In April 1945, Graves was one of 200 American ex-prisoners who returned home to the United States. When asked about the lasting effect his war-time experience had on him he said, “I wouldn’t ask for that experience again, but having had it kept me from being afraid of most anything else in life. It gave me perspective.”

Graves completed his education with support from the GI Bill® and set forth on a career in teaching and higher education administration.

GI Bill® is a registered trademark of the U.S. Department of Veterans Affairs (VA). 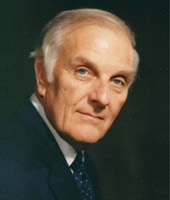 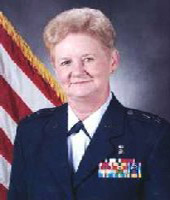 John-David Lutz is the Department Chair of the University of Evansville Department of Theater and he is currently the senior member among all UE faculty. What many do not know is that Lutz had direct experience with the military; the Cuban Missile Crisis as a student and Vietnam as a faculty member. This video showcases how both events effected his experiences with the theater. 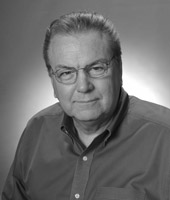