The challenge, which is supported by the Center for Innovation and Change, is designed to motivate young people to take a leading role in identifying and solving challenges in the world around them through innovation and creativity.

The University has committed more than $1 million in scholarships to winners of this competition. Members from the top six winning teams who choose UE as their college destination will each receive 4-year scholarships to attend UE as listed below:

18 teams participated in the 2019 High School Changemaker Challenge. Projects from previous competitions can be seen in the city of Evansville, including the Upgrade Bike Share stations and the solar-powered CommuniTree at Mickey's Kingdom Park downtown. Projects still in the development stages include a musical swing set, an emergency response app, an anti-bullying board game, and many more. 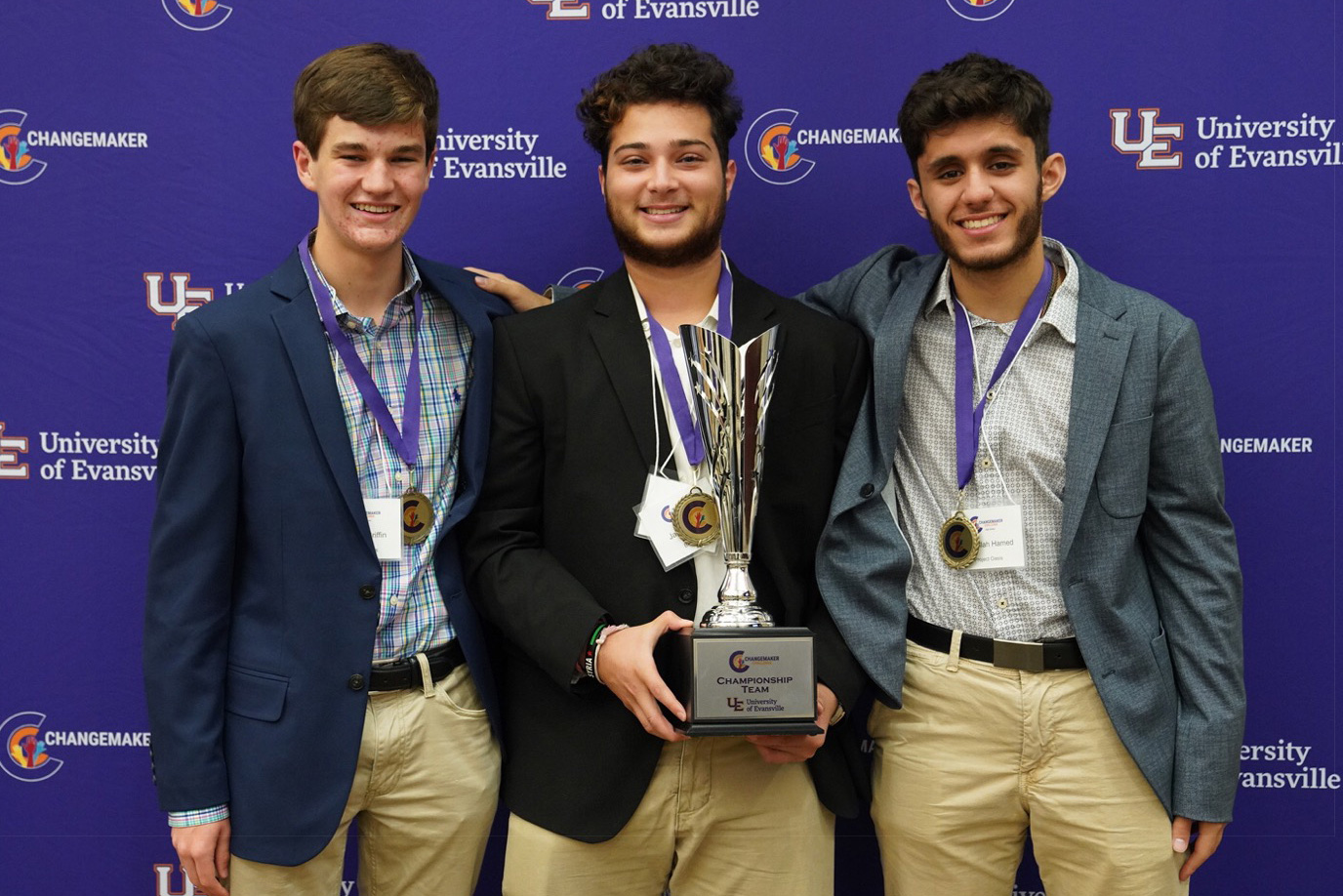