On-Campus Fieldwork and Excavation in Archaeology

Every other fall semester our majors have the opportunity to excavate a site, fondly referred to as Tin City, located right on campus as part of the course ARCH340 – Field Techniques in Archaeology.

This course is designed to teach students how to do pre-excavation archival research, excavate carefully at a shallow site, record findings and locational data using the latest tools of the trade, and clean and conserve artifacts in our lab. Additional class projects give students the chance to do surface survey, identify and date artifacts, read a soils map, and present information to the public. Motivated students can even take advantage of previous season's material to pursue grant-funded undergraduate research projects. 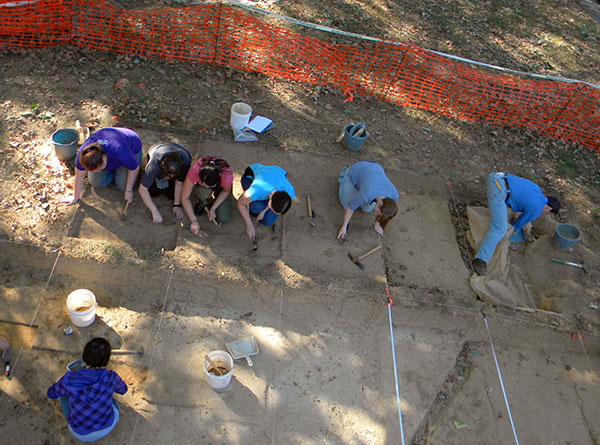 History of the Site

After World War II, many American veterans took advantage of the GI Bill and attended college. The returning veterans swelled enrollment at what was then known as Evansville College and put a strain on student housing. To help alleviate the housing shortage, Evansville College used federal money to construct 13 residential units on campus. The units were reserved for the veterans of World War II, and later the Korean War, along with their families. Evansville College administrators christened the apartment complex "College Court," but students quickly dubbed the development "Tin City" because of the aluminum siding on the buildings. The units were used until 1961 when they were razed as a result of dwindling numbers of veterans and the need for space to build Moore Residence Hall, Krannert Hall of Art and Music, Wheeler Concert Hall, and Neu Chapel.

In the Field Techniques course, archaeology students learn more about the residents of Tin City through their material culture (i.e. the things people use and eventually discard). The artifacts discovered shed light on the lives of the men, women, and children who lived in the complex. 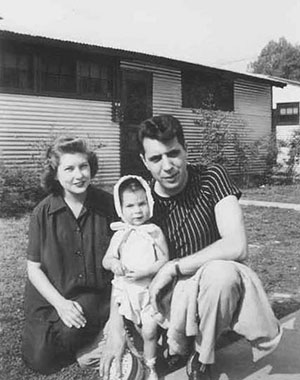