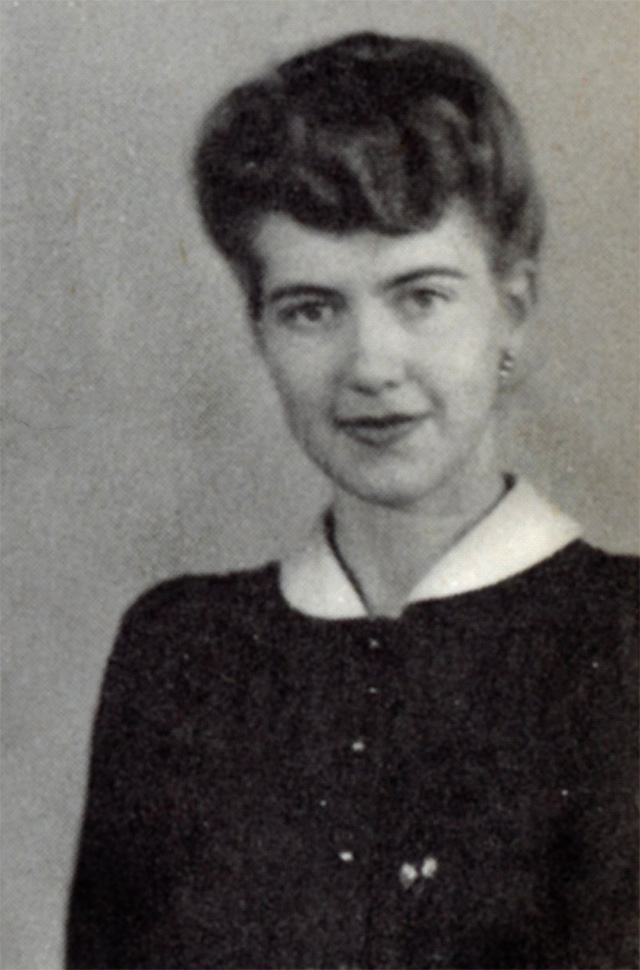 In the 1944 LinC, Lisel Neumann Mueller was among the six students declared “Campus Leaders” by Evansville College's three deans. The page explains that the students were chosen because “ … they ex­emplify the combined qualities which must be present in all leaders ... Scholarship and achievement, yes ... but also an intangible “something” that set them apart and mark them as people to follow.”

Lisel would certainly live up to those sentiments.

In 1937, Lisel's father Fritz Neumann came to the United States as a political refugee from Germany. Fritz was hired at Evansville College in 1938 to teach German and French, which provided the resourc­es to bring his family over from Germany. In 1939, his wife Ilse and daughters Lisel and Ingeborg joined him in Evansville. Eventually, Lisel en­rolled at EC to earn a degree in sociology, graduating in 1944 with an impressive list of accomplishments.

As a student, Lisel was popular and deeply involved on campus. She worked for the Crescent and LinC; sang in the choir; per­formed in the theatre; and joined and led organizations such as the Pre-Med Club, Inter-society Council, and Public Speech Committee.

Being so ingrained in campus life, her name was mentioned many times throughout the years in the Crescent. Just two notable asides include:

Writer Clarita Reitman '44 would not have to be disappointed. Lisel and Paul '44 mar­ried in 1943 before he joined the armed forces to fight in World War II. They had two daughters, Lucy and Jenny, and re­located to Chicago. Paul passed away in 2001.

Writer Nancy Hooker '45 was onto something. After graduating, Lisel and Paul settled in Chicago where Lisel worked as a receptionist. When her mother died in 1953, Lisel sought refuge from her grief by putting pen to paper. Her poetry flourished. She pub­lished many collections of poetry and translations beginning in 1965, earning accolades through the years such as the Carl Sandburg Award, a National Endowment for the Arts award, and a National Book Award for Poetry for her collection The Need to Hold Still.

Most notably, in 1997, Lisel was awarded the Pulitzer Prize for Poetry for her book Alive Together: New & Selected Poems. She joined lumi­naries such as Robert Frost, Howard Nemerov, and W. H. Auden in this aus­picious category.

Just as heartbreak gave rise to her writing career, heartbreak would bring it to an end. After nearly 50 years of writing, translating, and publishing, Lisel stopped publishing in 2001 when Paul died.

In February 2020, at age 97, Lisel Neumann Mueller passed away at her home in Lake Forest, Illinois. Campus leader, wife and mother, poet and teacher, she has left behind an in­spiring legacy and quiet gem in the history of the University of Evansville.