Thomas Fiddick served as professor of history at the University of Evansville from the fall quarter of 1963 to the spring semester of 2002. In the 39 years he spent at the University, he was a dedicated teacher, a productive scholar, and a tireless fighter in the cause of justice. His untimely death on the day of his retirement in 2002 stunned the entire University of Evansville community, especially his many former students. It was from the former students' efforts in particular, with the support of Tom Fiddick's friends and the University, that the annual Thomas C. Fiddick Memorial Lecture was established.

Lecture to mark the 100th anniversary of the Spanish Flu epidemic. Speaker is Professor Susan Kent of the Univ of Colorado.

Yale University professor Jay Winter to discuss “The Second Great War, 1917-1923.” This event is free and open to public. 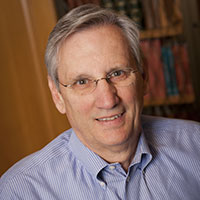 Daire Keogh is Cregan Professor of History at Dublin City University. He has served as president of St. Patrick’s College Drumcondra since 2012. He has published extensively, on the history of popular politics, religion, and education in Ireland. A former Government of Ireland Senior Research Fellow, he is currently principal investigator of an Irish Research Council funded project to publish the extensive correspondence of Cardinal Paul Cullen (1803-78).

Professor Keogh is a graduate of the National University of Ireland, Trinity College, the Gregorian University in Rome and Glasgow University. He has a strong profile as a historian and an educationalist. He has lectured widely at universities in Europe, America, and Australia.

Olivia Remie Constable, professor of medieval history and the Robert M. Conway director of the Medieval Institute at the University of Notre Dame