Psychology and the Law Laboratory 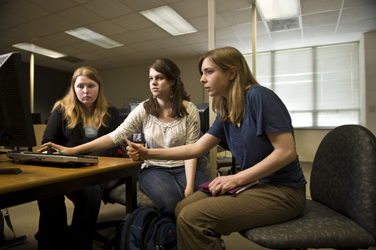 Students who work in this laboratory will study various issues at the intersection of children, psychology, and the law. This research is designed to help ensure that justice is served for arguably the most vulnerable victims and offenders – children. It is also designed to make theoretical contributions to the science of psychology.

Some research projects include an examination of jurors' perceptions of child offenders. Despite a reduction in violent juvenile crime, juvenile offenders are increasingly being transferred to criminal courts, where jurors, instead of family court judges, must decide their fate. The implications of this trend are serious: Juveniles who are transferred to criminal court receive more severe sentences than comparable juveniles tried in juvenile court and are even treated more severely than adult offenders who commit similar crimes. Thus, some projects involved in this lab include an examination of various factors that influence perceptions of juvenile offenders tried in adult court.