Moving to the “smaller town” of Evansville was an adjustment for this Washington, DC metro area native. The adjustment proved to be a good one, as transitioning from a secondary school (grades 7-12) with over 4,000 students to the University of Evansville allowed Fraim to build meaningful relationships within the UE community. Initially attending the University of Evansville for the music therapy program, Fraim ultimately majored and followed a career in music management.

Throughout her experience at the University of Evansville, Fraim had two outstanding experiences that she feels solidified her career choice in arts management. One experience was when Fraim was awarded an internship with the Evansville Philharmonic Orchestra. During this time, Fraim realized that she could use business and managements skills to further the mission of performance based organizations. In addition, Fraim also served as the manager and accompanist of the Evansville Children's Chorus. These combined experiences served as a springboard to an over fifteen-year, successful career in arts management.

To begin her career path, following graduation Fraim accepted a job as a receptionist to The Washington Opera (now known as The Washington National Opera). After a year, she was able to move into a position within the company that allowed her to grow professionally. This growth eventually led to her current position, the Deputy Director of The Choral Arts Society of Washington. This organization is one of the top-five largest choral organizations in the nation. Early in her position she had the exciting opportunity to support the search committee in selecting a successor to the founding artistic director who had served in the role for 47 years, Norman Scribner. She is excited to watch the continuing advancement of the organization under the direction of the new Artistic Director, Scott Tucker.

In her spare time Fraim enjoys ringing in a handbell choir and spending time with her rescue beagle, Murphy. 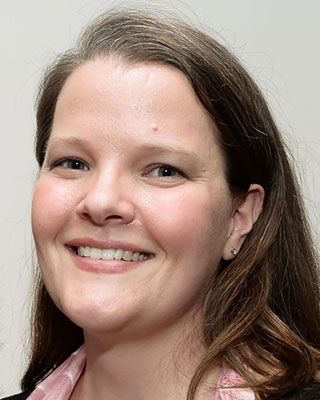