This accomplished musician landed her first official performing gig when she was in the 6th grade, and hasn't stopped playing since. Beginning piano lessons at the age of 6, Halbig cannot remember a time when music was not a part of her life. It was only natural to pursue a degree in piano performance at the University of Evansville.

An Evansville native herself, Halbig cherishes her time spent at UE. One of her favorite parts of the UE experience was the department of music faculty, particularly her piano professor, Anne Fiedler. She credits each of her UE professors for equipping her with unique tools that she continues to use to this day. She believes that her education in music theory, piano performance, and overall accompanying experience at UE set her ahead of many of her peers when she began graduate work at the University of Missouri, Kansas City Conservatory.

Initially moving away from her home town and experiencing the feeling of being a “very small fish in a big pond” in graduate school was a challenge. However, it was during this time that Halbig realized that she wasn't pursuing her career in music for anyone else but herself. That realization was a catalyst into the rest of her career. Successful in graduate studies, Halbig also studied at the University of Kansas, and then obtained her Doctor of Musical Arts from the University of California, Santa Barbara.

Residing in the San Francisco Bay area since 2011, Halbig is now a freelance collaborative pianist working for a variety of organizations including the San Francisco Conservatory of Music, the Young Women's Chorus of San Francisco, the Bay Area Vocal Academy, and the Town Hall Theatre in Layfayette. In addition, Halbig is a member of Wild Rumpus, which is a new music collective. She is also a member of Frequency 49, a woodwind and piano sextet. Each of these ensembles perform regular concerts throughout the year.

Career highlights include performing with world-class artists such as mezzo-soprano, Frederica von Stade and soprano, Christine Brewer. In addition she has performed with the San Francisco Symphony principal trombonist, Tim Higgins, and principal tubist Jeff Anderson (who also spent much of his childhood in Evansville). Playing with such accomplished musicians drives her level of playing to continually grow. 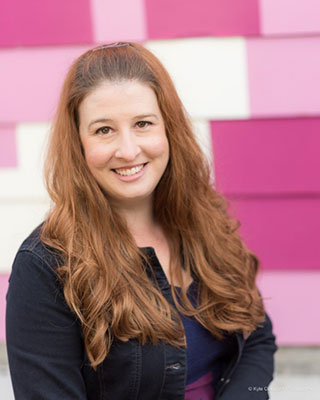