Hailing from the Pacific Northwest, Seibert notes that the University of Evansville helped her understand a liberal arts worldview, which has proven incredibly helpful in her career as a music therapist. A strong advocate for music therapy, Seibert presents often on the benefits of music therapy to the general public through in-service meetings. During these meetings when she sees a community member have a "light bulb" moment is thrilling to her as she realizes she has gained a new music therapy advocate in that person. Along with giving presentations, Seibert advocates for and educates about music therapy through her blog: www.musictherapytime.com. In addition she has presented a Tedx talk about music therapy.

"Ultimately, I landed my first job by simply saying 'yes' and remaining open to the opportunities that came my way." Seibert's first job came about through networking with her internship supervisor. During her internship, she created and presented a job proposal, which she was able to pitch to what would be her future employer. This pitch ended up creating the first hospice music therapy program in Central Florida and now employs five full-time music therapists. Following this position, she created an Integrated Therapies program, in which she and another music therapist were the first music therapists to work within the West Florida division of HCA hospitals.

The size of the University of Evansville was perfect for Seibert to obtain the tools she needed to be successful in her career. She also praises the emphasis that the University of Evansville places on performance within the music therapy degree. "The music department specifically prepared me to be the best professional musician I could be…This performance background gave me flexibility in my musicianship and prepared me to be the best music therapist I could be."

Seibert recently obtained her Master of Arts in Music Therapy from Berklee College of Music. She is married to Nick, (UE Music Management '12). Together they enjoy exploring Florida, exercising, and spending time with their friends. 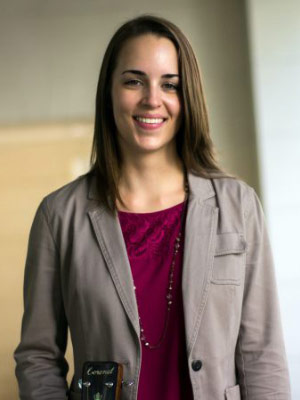