After graduating from the University of Evansville, Ian was accepted into the Indiana University Jacobs School of Music to pursue a master's degree in music performance specializing in opera.

Ian has a deep love for music and decided early in his undergraduate career that he wanted to pursue performing. After performing in an opera at the University of Evansville, he realized vocal performance would be the career track he would follow. After his initial performance, Ian became an active performer in the UE Opera series.

As a student at the University of Evansville, Ian enjoyed the size of the University, mentioning there seemed to be a familiar face around every corner. He also appreciated the helpfulness of the faculty and staff stating that his major classes and his general education courses allowed him to become a better, well-rounded individual. When asked if he liked Evansville he exclaimed, “It felt like home as soon as I set foot on the campus, and the community-at-large was just as welcoming. I felt very comfortable to be a part of the community.” 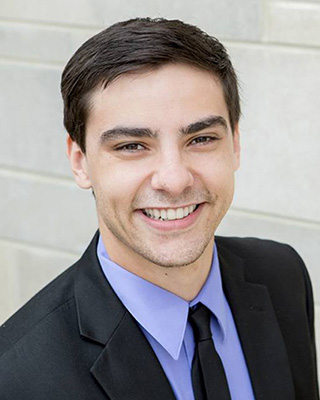