Of Kaitlin and her seven siblings, four attended the University of Evansville. She knows all about Ace Purple Pride! Originally from Ferdinand, Indiana, she is now the manager of the Atlanta Symphony Youth Orchestra with the Atlanta Symphony Orchestra. She began this exciting part of her career shortly after graduation and has already been promoted twice.

What does Kaitlin attribute a portion of her successes to? The internship experiences, connections through professors, and connections through Sigma Alpha Iota. She greatly enjoyed the small school environment UE offered, and building relationships with faculty and staff. These connections aided Kaitlin in obtaining key internships which helped secure her first job after graduation.

During her time at the University of Evansville Kaitlin applied for, and was awarded, an opportunity to be one of few selected students to spend a summer working for the Kennedy Center with the National Symphony Orchestra in Washington, DC. This incredible experience gave her an additional glimpse into the “ever-changing, fast-paced excitement of the career,” and fueled her passion to “work with great musicians to bring great music to communities.” Since graduation she has been doing just that. Kaitlin's experiences at the University of Evansville with internships, outside experiences, and her own hard work and determination prepared her greatly for her career. One employer even told her that she knew Kaitlin would be a great employee because she was from Evansville, Indiana.

Over the last few years Kaitlin has had many affirming moments that made her realize she picked the right career. She describes one such moment, “when I attended a free outdoor performance the ASO did in Piedmont Park in the heart of Atlanta. Thousands of people picnicked in the park and the sun set as the orchestra played Beethoven's Fifth. Being in a collective moment of music appreciation just confirmed that I was where I should be.” 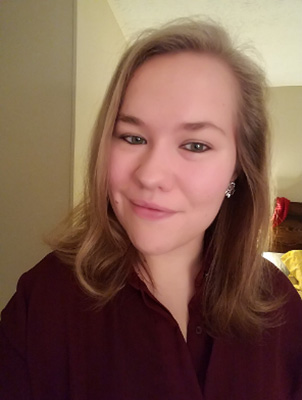